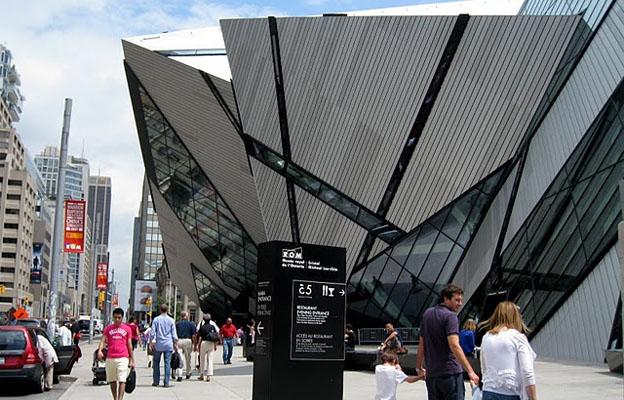 Canada’s financial capital, a massive economic hub in the global market as well as home to the seventh largest stock exchange in the world.  Toronto is amongst the world’s fastest growing cities in the world. However, under all these financial & economic figures, Toronto is also host to a horde of tourists who come, every year, to enjoy its fabulous sights & sounds.

Known as “The City within a Park”, Toronto beautifully combines natural beauty with fantastic architecture – a beautiful sight for sore eyes.

Canada is a cold country but compared to the rest of the parts, Toronto is pretty mild. There are four distinct seasons, starting with a chilling winter where temperatures drop below -100C. Snow and wind-chill is prevalent while ice and rain can easily shut down the city. Summers are humid and quite warm at 310C or so.

The best time to visit the city, however, remains spring or autumn. Despite fairly spread out rainfall, spring and autumn are utterly delightful, with nature’s beauty blowing you away with its splendor and grandeur. In these seasons, temperatures are mild, the weather is cool and Toronto is breathtaking.

Toronto is known for its fantastic modern architecture that shares space with historical masterpieces. The CN Tower is the world’s second highest freestanding structure while the city’s skyline is just plain majestic. Toronto city is swamped with parks and green spaces that come in all shapes & sizes.

If you are looking for ways to spend your time, the city is built to walked through at your own pace. 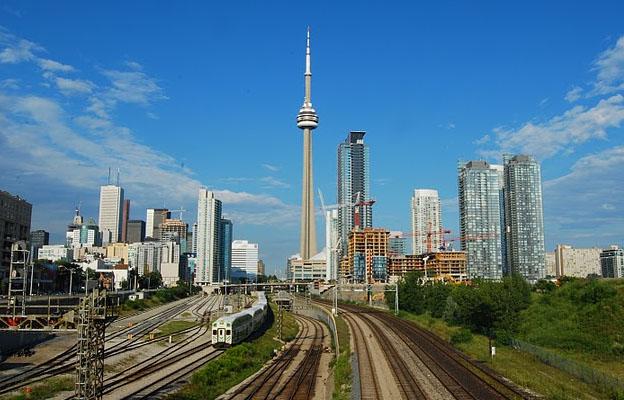 With a host of museums on world culture, natural history, science and other aspects, Toronto city has enough and more places for the family. The Canadian National Exhibition is the world’s oldest annually-held fair, while a host of other exhibitions and museums showcase a massive chunk of Canada’s industry, culture and heritage.

For shoppers and foodies, there are more options that they can visit. During special events, such as the Toronto International Film Festival, and in special areas of the city, the number of shopping and dining options can make heads spin.

Theatre & the performing arts play a major role in Toronto’s culture and heritage. The city is host to two symphony orchestras, six opera companies and over 50 dance & ballet studios. These include massive names such as the Canadian Electronic Ensemble, the Canadian Opera Company and the National Ballet of Canada. 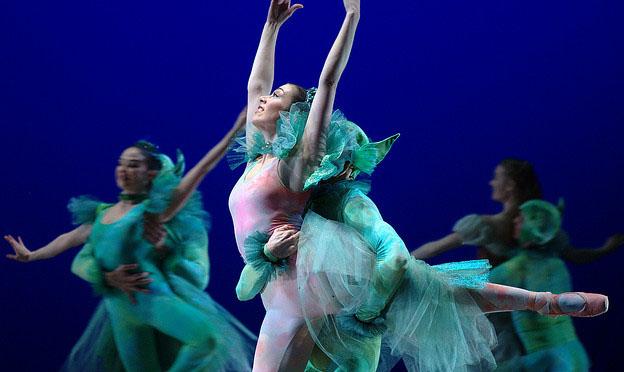 Toronto city hosts an annual outdoor Shakespeare production called “Dream in High Park” while also showcasing their national stars down Canada’s Walk of Fame. The Distillery District is home to a long line of boutiques, art galleries, studios and small breweries, all forming a major part of Toronto’s native culture and traditions. From mid-July to early-August, Toronto hosts the Scotiabank Caribbean Carnival, one of North America’s largest street festivals.

Pride Week, in Toronto, attracts more than a million people, every year, to the city, adding to their $400 million tourism revenue every year. 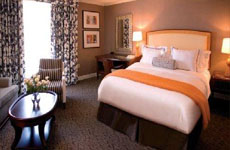 The Intercontinental Hotel Yorkville couldn’t be at a better spot for leisure travelers. Seconds from the shops, restaurants and entertainment options that line the streets of Toronto’s Yorkville district, the hotel offers easy access to the Royal Ontario Museum as well as Queens Park and Casa Loma.

Within three miles of the hotel, you can find the CN Tower, the Air Canada Centre as well as the Distillery District. With an abundance of public transport in the area, guests can go all over Toronto city by just stepping out of the lobby. The hotel has a fantastic rooftop, with a scenic courtyard and sun deck. The restaurant and piano bar, at the Intercontinental, are to die for. 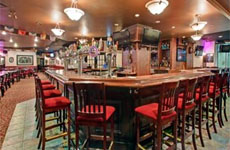 The Holiday Inn Bloor Yorkville is one of Toronto’s finest establishments, located in the middle of an upscale shopping and dining centre. With the Royal Ontario Museum situated minutes away, the hotel offers easy access to the Royal Conservatory of Music, the Art Gallery as well as the Eaton Center.

With public transportation in abundance, the Holiday Inn Bloor Yorkville is a fantastically located hotel for business and leisure travelers.

The hotel also offers an indoor swimming pool, a fantastic bar & lounge along with delectable food at the restaurant. The Holiday Inn is a smoke-free zone and is always happy to welcome guests with small pets. 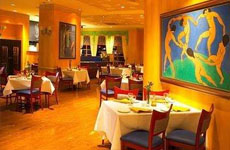 The Marriott Downtown Eaton Centre Hotel is smack in the middle of the city’s shopping district. The Hockey Hall of Fame and CN Tower are a few minutes down the street while the Eaton Center, the CN Tower and the Rogers Center are all around the hotel’s central location.

Just 25 minutes from the airport, the Marriott Downtown Eaton Center Hotel offers unbridled access to the financial and business centres of Toronto.

The hotel overlooks Trinity Square, has 18 meeting rooms that can accommodate over 800 people and has catering on offer. The heated pool and whirlpool, at the Marriott Downtown Eaton Center Hotel overlook the entire Toronto city skyline from their perch on the 18th floor.