Australia is inundated with backpackers every year from all over the globe and many of them are gap
year students from the UK and other European countries. But Australia doesn’t just appeal to the
young looking for adventure and experience; Australia is a popular destination for many people of all
ages and backgrounds who may be looking to visit family or enjoy a prolonged break. Here we will
take a look at a few of the best hotels from all territories in Australia.

The Palazzo Versace is located on Australia’s Gold Coast at Main Beach on the Southport Spit. It is
frequently referred to as one of Australia’s top hotels, and with its eight star standard would expect
something fairly special. The Palazzo Versace boasts spectacular architecture alongside a waterfront
setting where guests enjoy extraordinary service and a truly special ambiance. Facilities at the hotel
include three award winning restaurant, a fames day spa and conference and event facilities that are
second to none. The hotels 200 guest suites are finished with an Italian feel and contain bespoke
Versace furnishings, parquet floors, rich fabrics and floor to ceiling windows that fill each room with
light. Guests who have stayed at the hotel often state that the staff are one of the aspects that really
make this hotel stand out. 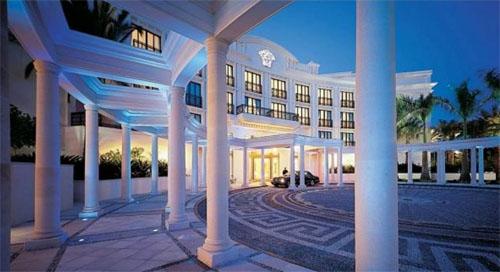 Cape Lodge Hotel creates an exceptional experience on a very intimate scale. Nestled in its own
private estate and surrounded by its own secluded vineyards, Cape Lodge Hotel lies at the very heart
of the Margaret River wine country. For those seeking a stylish, sophisticated and secluded retreat,
you can’t get much better than Cape Lodge. Voted ‘Best Boutique Hotel in Australia’ by Luxury Travel
Magazine and listed in the Top 100 Hotels Gold List by Conde Nast Traveller, Cape Lodge has an enviable reputation within the industry. Boasting 22 rooms and suites, the rooms are divided in to
several different suites including garden view rooms, forest spa suites, superior spa suites, the main
lodge, and an exclusive 5 bedroom private residence. The Cape Lodge Restaurant is another of the
facilities that is considered to be a world leader, being voted ‘Top Ten In The World for Food’ by
Conde Naste Traveller’s Gold List is no small feat. Dinners at the restaurant enjoy stunning views of
the main lake along with wide over-water decking. 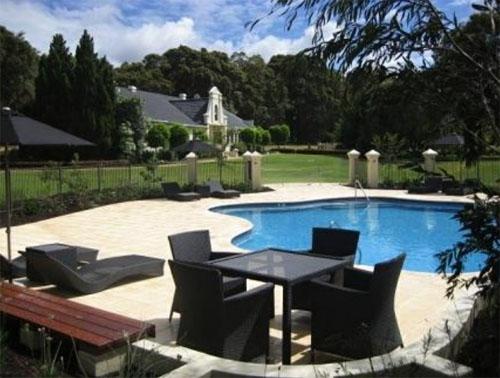 The aptly named Crown Towers is perhaps the jewel of Melbourne. Located on the southern bank of
the Yarra River, the Crown Towers Hotel is a stunning and lavishly appointed hotel that knows how
to excel when it comes to opulence, service and attention to detail. Offering 481 oversized guest
rooms, all with stunning views of the city or Port Phillip Bay, Crown Towers provide luxury and
sophistication that few can match. The hotel is conveniently located between Melbourne’s Central
Business District and city centre and served well by the cities tram network, which stop right outside
the hotel, and the city council’s free hop on/off bus service. If you are looking for a hotel that can
offer a variety of entertainment, the Crown Towers offers a casino, two knight clubs and a well
appointed health spa. 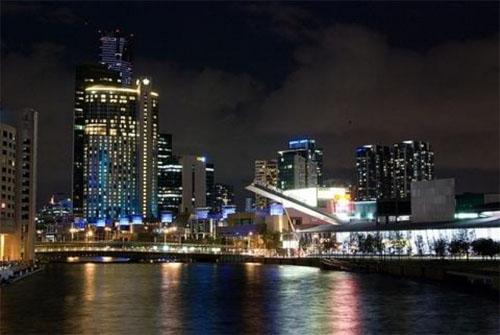 The Shangri-La Hotel in Sydney is another on of those hotels that are frequently cited as being one of
the best in the world, and rightly so. Situated on the iconic Sydney Harbour and overlooking the
world-famous Opera House and Sydney Harbour Bridge, you could hardly ask for a more luxurious
location. As the cities self proclaimed ‘leading deluxe hotel’, the Shangri-La Hotel is located in the
Rocks District between the Opera House and the Harbour Bridge and has a staggering 563 luxury
guest rooms available. The hotel also boasts the Altitude Restaurant, an award winning
contemporary restaurant and Blu Bar on 36; both offer amazing views of the city from the 36th
floor of the hotel. Rooms and suites feature views across the harbour and are well appointed with
contemporary furnishings. Definitely one of  Australia’s top hotels.

The Hyatt Hotel Canberra, or simply known as Hotel Canberra, was originally built to house
politicians when the federal government moved to Canberra. The hotel has been restored to its
original 1920s art deco design while incorporating modern facilities. Comprising of 252 luxury rooms
and suites, guests will enjoy traditionally styled furniture alongside garden and park views
complimented by the latest in modern technologies. Guest rooms and suites are lavishly appointed
and the art deco styling is carried on throughout with features such as Italian black marble
bathrooms, high-speed internet connections and landscaped garden and park views.