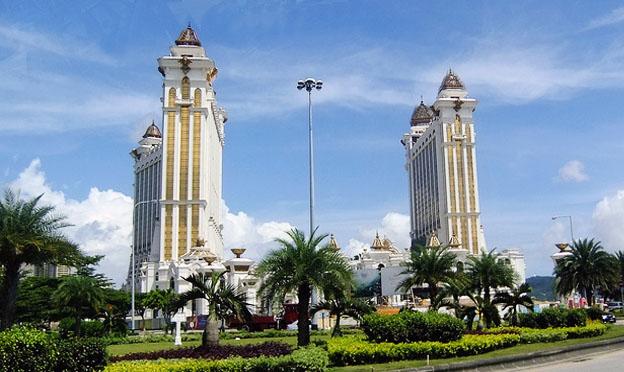 A haven for gambling and tourism, Macau city is a Special Administrative Region that falls under the Chinese government. Known for its night-life, fantastic food, interesting entertainment and a endless stores, Macau is truly the destination for those who’d like to live it up.

A former Portuguese colony that lies right next to Hong Kong, Macau benefits by being on the shipping route between China’s rich Guangdong province and Hong Kong.

Macau is only and only about tourism. The lack of natural attractions has meant that Macau has had to create its own economy from scratch. That has led to a lot of development on the hotel, casino and entertainment front. While Macau city does have a large textile industry to boast of, it is the tourism industry that contributes more than 50% of the region’s annual earnings, as well as 70% of the government’s revenue.

Macau’s gambling industry was born in 1962 and, since then, has seen the likes of the Venetian and the MGM Grand opening their hotels and casinos in this fantastic city. Without any foreign exchange control structure in place, Macau has become a tax haven and the chosen financial centre for people all over the world.

Macau’s culture has a significant Portuguese and Chinese influence, in food and otherwise, that ensures a number of rich & vibrant festivals, holidays and events.

The Macau Grand Prix is one of the biggest and most dangerous events on the world racing calendar, one that has seen the likes of Michael Schumacher and Ayrton Senna race through the street-based circuit in the city.

The Lunar Chinese New Year as well as the Macau City Arts Festival are a wonderful example of the high-spirits the city can get into, when celebrating its favourite festivals.

If partying is the need of the hour then Macau is definitely the place to be. 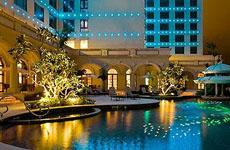 Right along the Pearl River, the Sofitel Hotel is one of the best-placed hotels in all of Macau. A short walk from all the tourist attractions, the hotel provides some breathtaking views of the entire region.

St. Paul’s Ruins as well as the Guia Fortress are a few minutes from the hotel while the entire shopping district surrounds the Sofitel Hotel.

There are plenty of places to eat some fantastic Portuguese and Chinese street-food while all forms of public transport are also within seconds of the Sofitel Hotel.

The hotel has over 400 guest rooms, each of them with the best amenities while the hotel has a wonderful French restaurant along with a fitness centre, some tennis courts and a full-service business centre. The hotel is also home to the Sofitel Macau Casino, one of the biggest attractions in the city. 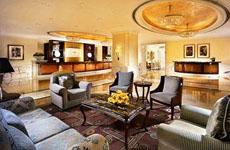 A few seconds from the city centre and all the party-spots in Macau, the Hotel Royal is all about the city. Not only can guests spend the day moving around places like the Colina da Guia Fortress and the Vasco da Gama monument, they can also step into the designer boutiques and local stores that line the streets of Macau city.

Finding a place to eat is never a problem in Macau as the entire city is filled with restaurants to serve every visitor’s taste.

The hotel has over 385 rooms, each providing a fantastic view of the harbour or of Macau itself. Whether guests dine at the restaurant or in the hotel’s landscaped garden, they are guaranteed to have a delightful time.

Renovated as recently as 2008, the hotel provides a fantastic business centre capable of handling almost all business & conferencing needs. 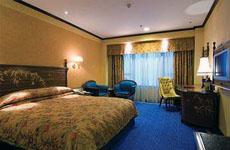 The Portuguese influence, on Macau, shines through the Lisboa Hotel in Macau, a fantastic place to stay irrespective of business or pleasure demands.

The hotel is minutes from the major business centres at Macau while the dining, shopping and entertainment aspects are even closer. The Macau-Hong Kong Ferry is just five-minutes from the hotel while the international airport is fifteen minutes away.

The Lisboa Hotel, itself, is one of the most luxurious hotels in Macau city, with their on-demand movies, radios and even bathrobes for each guest. There are 1,000 rooms at the hotel, including both suites and standard rooms.

The Lisboa Hotel has a bar and restaurant while business travellers can use the ample business centre and meeting spaces for their convenience. The hotel also has its own 24-hours casino as well as a fitness centre, a jewelry store and a wonderful swimming pool.