Hold Your Next Holiday in Minnesota

Posted on in: Attractions, Travel Planning|Jump To Comments

Regardless of the season there’s always something impressive to do and see in Minnesota. Travelers come to Minnesota for the autumn leaves, skiing, lakes, mountains, and urban towns.

In Minnesota, fishing, skiing, and water-based sports opportunities aren’t limited. The Twin Towns can satisfy your appetite for culture, dining, and shopping. A Minnesota Tourism or Visitors Guide will help you plan the ideal family holiday to Minnesota. 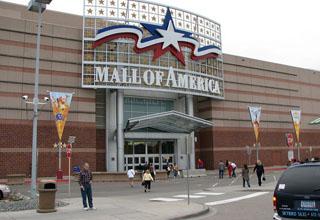 The Mall of America is home to over five hundred different stores and shops. There are 2 food courts and over fifty unique cafes and dining places.

Within the mall are the Nickelodeon Universe entertainment park, picture theaters, the Lego’s imagination center, a comedy club, and an aquarium. From the Mall of America, there’s simple access to downtown Minneapolis or the airfield by light rail.

The Minnehaha Falls can be visited any time of the year. The 53 foot high falls are particularly amazing in winter when they’re frozen. The higher manicured part of the park, which is above the falls, hosts local cultural events including marriages and personal parties. 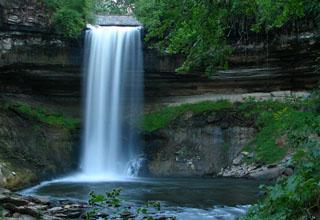 The lower part of the park has a rather more natural terrain which makes it a preferred hiking area. According to the Minnehaha Park Visitors Guide, the falls and park are accessible by monorail from the Minnehaha Depot.

Voyageurs Countrywide Park the very best of Minnesota Tourism is the forested lakes at Voyageurs State Park, found on the Canadian border near Global Falls, Minnesota.

The lighthouse is the primary attraction in a 2 acre park that’s home to the Lighthouse Museum Present Shop and visitor center, a bunch of hiking trails, and a range of Minnesota species of wildlife that incorporates the red fox, moose, black bear, bobcats, deer, and lynx. According to Minnesota Tourism Travel Info, the split Rock Lighthouse tourism season is from mid-May to mid-October, as weather allows.

Madison Hewerdine the author of “Hold your next holiday in Minnesota” likes to write about Minnesota Tourism and has a passion for warm weather.