Dublin city is the capital and the largest city in Ireland. The city has a population of 1.2 million people. The city of Dublin sits next to the Dublin Bay and overlooks the Irish Sea. The weather in Dublin is fairly mild. The temperatures will rarely go below 32°F and only occasionally above 68°F.

Dublin can be a fascinating city for those who know where to go.

The Abbey Theatre is Irelands National Theatre. It is known as a writer’s theatre and has contributed too many famous theatrical works. In the Abbey’s 2011 season, visitors can enjoy the classic dramas of William Shakespeare and other renowned Irish playwrights. The Abbey Theatre is always a receptive to foreign visitors.

Some visitors might be surprised to find that Dublin city has 4 beaches. The beaches are beautiful and are nice places to take a walk go for a swim or do any of the activities that beach goers traditionally do.

After a day, of sightseeing visitors will find that Dublin has many fine places to dine. We will comment on two of them.

This restaurant is a toned down establishment in the basement of Dublin’s Writers Museum. The food is flavorable, and the menu might include dishes like hearty pea-and-smoked-bacon soup or clam-studded risotto.

No visit to Dublin is complete without a taste of the city’s signature treat: a bag of greasy, deliciously crunchy fried cod and chips. And there’s no better place to sample it than at Leo Burdocks. This restaurant has hosted such notables as Tom Cruise and Bruce Springsteen.

Ireland is famous for its Pubs and Dublin city has some great ones. If visitors decide that they want to sample the nightlife, they might want to start with the Alchemy Pub. The Alchemy is a hot new Pub that is located in the heart of the city’s entertainment quarter. The club has a high-energy aura and a friendly crowd. 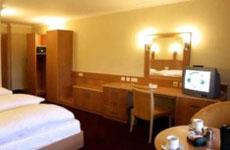 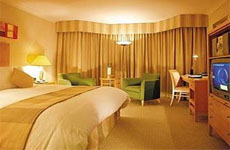