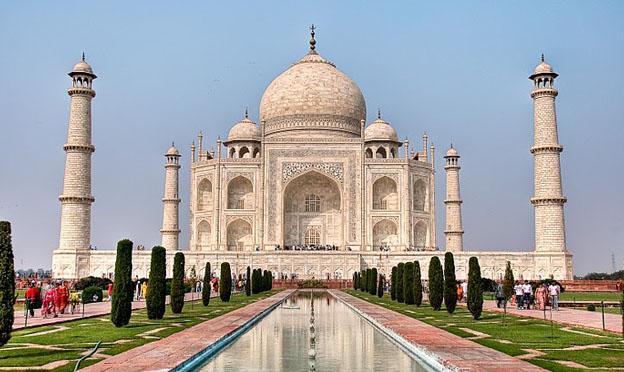 Delhi is the second largest Metropolis in India, with a population of 11.75 million people. The city of Delhi has long hot summers with temperatures reaching into the 90’s. The winters are relatively short with the temperature dropping into the 30’s. The Monsoon rainy season is from July to September. The weather is usually at its best from February through April.

New Delhi has several world class Museums. When in Delhi city, a good place to visit is the National Museum. The Exhibits include rare relics from the Harappan Civilization, Central Asian antiquities, sacred Buddhist objects and fearsome Mughal weaponry. This is a large museum so give yourself at least a few hours. 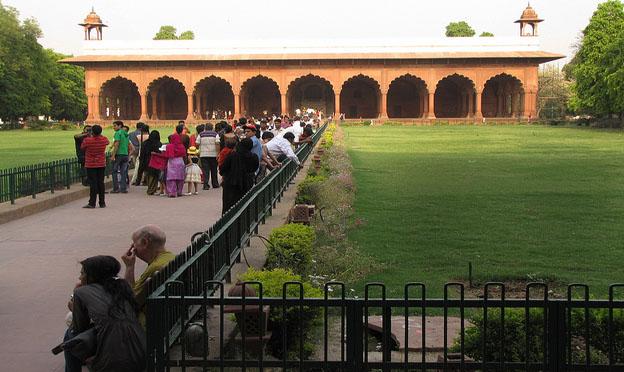 Perhaps the most popular of Delhi’s tourist attractions is the Red Fort. The Red sandstone walls of the massive fort rise above Old Delhi as a reminder of the magnificent power and pomp of the Mughal emperors. An evening sound and light show re-creates events in India’s history connected with the fort.

The main gate, Lahore Gate, is one of the emotional and symbolic focal points of the modern Indian nation and attracts a considerable crowd on each Independence Day. 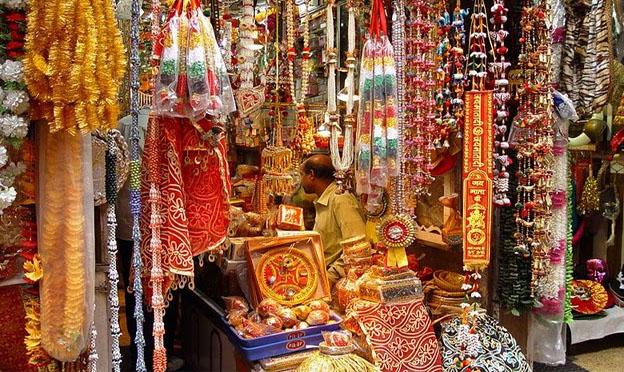 The Chandini Chowk market is the perfect place to shop. It is a three century old market once visited by merchants from Turkey and China. Today the market is known for its pearl, gold and silver jewelery. The market also offers all kinds of fabrics such as silks, satin, crepe, cotton and muslin.

For those who would like to do some shopping the Chhatta Chowk Bazaar is ideal. The Bazaar dates back to the 17th century. The covered thoroughfare leads up to the Red Fort. Today, the market has 40 odd shops selling artificial and semi-precious jewelery, embroidered bags, hand-painted wall hangings and ‘antiques’ with dubious authenticity.

Places to Eat in Delhi City

Bukhara serves dishes from the north-western region of India. This type of cuisine is in the form of very richly flavored kebabs served without rice. The restaurant has received many notable mentions and became famous when it was visited by Bill Clinton.

This restaurant specializes in North Indian and Kashmiri cuisine. They also serve the “Wazwan” the legendary Kashmiri ceremonial feast of 36 courses.

This is possibly the best Indian restaurant in New Delhi. The service. Make sure to ask for the lamb samosas, thin crusty shells, with spicy lamb inside. It is delicious. 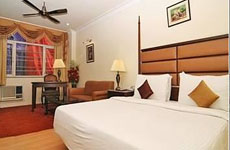 Clark International Hotel is a 3 star hotel located in the heart of New Delhi. The rooms are Air Conditioned, with Mini Bar, Refrigerator, Cable / Satellite TV, Kitchenette. Rates start at $64.98. 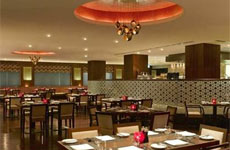 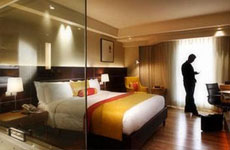 The Hotel Lalit is a 5 star hotel located in the heart of New Delhi. The rooms feature satellite television, bathrobes, refrigerators, mini-bars, and individual climate control. Rates start at $258.44.