5 Best Skiing & Snowboarding Movies To Watch While On Vacation

Whether you are sipping a hot cup of cocoa inside a warm ski lodge or lounging around a 14th floor hotel room near the beach, watching an excellent ski movie is a great way to entertain yourself and others before or after a long day of recreation. Here are five excellent ski movies that will turn any lazy vacation atmosphere into a hub of entertainment in no time. 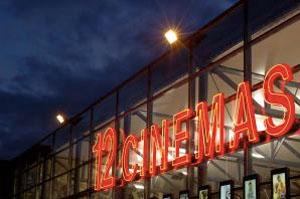 This comedy starts with the laid-back Jerry and the all-business Lance racing down a huge ski slope and arriving at the bottom at the exact same time. This sets the stage for a battle between good and evil that plays out on the slopes of Snowy Peaks.

Toward the end of the flick it appears corporate greed is going to prevail and crush the dreams of the long time mom and pops ski lodge.

Fortunately, truths are uncovered by a variety of wacky characters which prevent the bad guys from winning. Ski Patrol is a great way to spend 90 minutes of downtime while on vacation, and it will certainly lift your spirits on a soggy day.

It is very difficult to go wrong with a movie that stars Jim Varney and Corey Haim, especially one set in snow. As usual, the crux of the movie is a dispute, this time between skiers and snowboarders for the right to represent the local ski patrol.

As is the case with every one of hie movies, Varney is the central comedic element, and he is normal highly entertaining self in Snowboard Academy. This is the perfect vacation movie for a group of friends who simply want to laugh and enjoy themselves for a few hours. 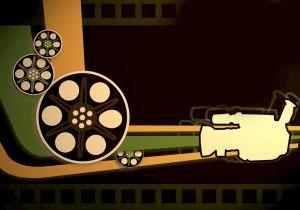 Aspen Extreme is a great ski film from the early-1990s that actually features two rather well developed character arcs. Dexter and TJ have decent lives in a small Michigan city, but they lust for the thrill of the world class slopes of Aspen.

After moving to the famous Colorado resort town, the two become ingrained in the local ski scene while trying to pursue a bevy of different interests.

These two protagonists are easy to latch onto, as they have much more depth than most ski movie characters that have graced the big screen.

If you’re looking for some motivation to go out and conquer the slopes and steal the girlfriend of a trust-funder, Ski School is the movie for you. This is the perfect flick to watch over breakfast to get you pumped up for your day of shredding powder.

The classic tale of good vs. evil is portrayed by a group of wealthy skiers and a rag tag group of party animals that continuously battle for frozen territory, with plenty of bikinis and bathing suits thrown in as window dressing. 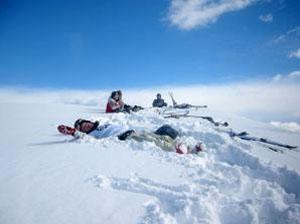 Technical Difficulties broke the mold of snowboarding documentaries and brought insane vertical descents into living rooms all over the planet in 1999.

It features snowboard legends such as Mikey LeBlanc, Allister Schultz, Tara Dakides and Peter Line and a lively soundtrack headlined by The Foo Fighters.

Technical Difficulties will open your mental horizons regarding the great sport of snowboarding and make you very anxious to tighten down your bindings and get out on the slopes.