No, they don’t want material things because their reason to interrogate you, when you return, is going to be about finding out the latest trends in the city and what the people of New York are doing. So here’s a look at what you need to look out for on your trips to this fantastic city, just to make your returns simpler.

When it comes to being amongst the most difficult places in the world for a restaurant to survive, then New York City is right at the top of that list. Thai food is making its back to the top of the list with its spicy and tangy numbers striking some of the right cords in the mouths of New York City’s finest. The 2011 JBF Award for the Best Chef also went to a Thai-food Chef and that could have some say in what people want as well. 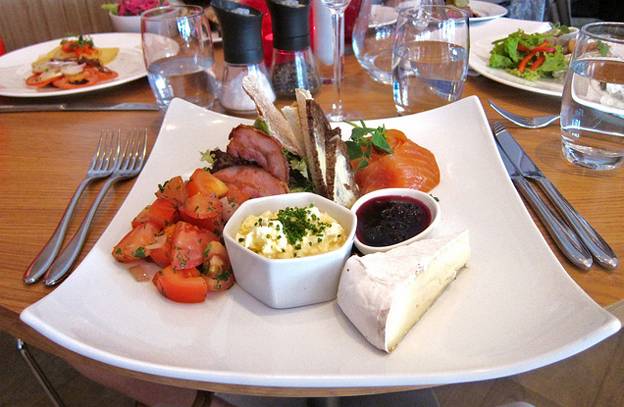 Nordic Cuisine is finding its way into the city as well. Things like Sea Buckthorn and Wood Sorrel are becoming more popular as ingredients in dishes. However, their usage might be as short-lived as the fame of the pie’s or the macaroon’s has been. Over the last two years, the pie and macaroon have spent a year each, at the top of the baked goods charts. However, neither will be able to maintain that trend because this season is all about the Caneles.

The portion sizes might go down a tad bit too, because that not only means that you order more dishes to feed yourself, it also means that people do not go back with heavy stomachs. 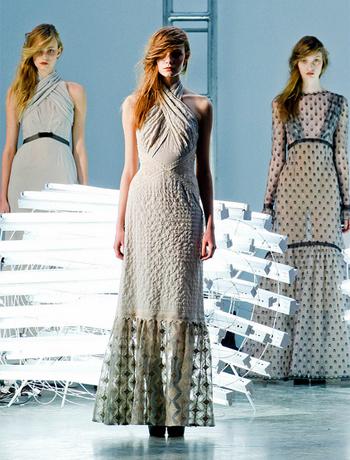 New York is one of the top five fashion capitals of the world, with London, Milan, Paris and Los Angeles hanging around the top as well. This year, the people of New York will be making a distinct shift towards the world of Red, as in the colour.

It is going to be the breakout colour this year and along with the beads of Dolce & Gabbana, Oxblood Red is all set to take over the city. Hats are making a comeback as everyone looks to push this little accessory beyond the everyday street-style wear.

Bits of fur will be finding a place on clothes as well. No, we don’t mean scarves or coats – we are talking more on the lines of a simple trim or maybe even a peplum. On the other hand, all leather creations are going shiny and glossy!

You can call it lacquered or patent leather but it’s just plain shiny. When you combine that with a monochromatic colour tone that runs from head-to-toe, you get the line that leather will be towing in New York this year.

When Kate Middleton work that sheath dress, the whole world decided to follow that path. There’s a lady-like vibe that comes off when you think of these kind of curve-hugging dresses and for all those demure women out there, a nice pair of pumps and stockings would do them proud.

They value these opinions and if you are getting off a flight to New York, you may need to know or follow them too if you plan to be a part of the crowd. After all, it is cool to be different but in New York City, different can often mean ignorant.

Clive who is the author of the “New York – the Fashionable City” took up a job writing for a magazine, he never knew that he would actually fall in love with the lifestyle section as he has. His first job was with a small magazine set in Austin, but eventually, Clive decided to take that flight to New York City in search of work with the big guns.

After struggling with numerous small-time companies, he finally made his break with one of the bigger publications. Today, Clive continues to write on lifestyle with a bit of freelance work heading into the fashion and food direction as well.