One of the busiest cities in the world, Tokyo is Japan’s capital city and a financial powerhouse for the global economy. Blending the culture and traditions of Japan with the technology and science of modern living, Tokyo has converted itself into a fantastic city that thrives on its commitment to success at all levels.

For a true taste of the Japanese way of life, a trip to Tokyo is probably one of the top things on any check list.

The pace and energy in Tokyo’s everyday life is just unmatchable. There are neon signs all over the place, people rushing about and traffic moving along at snail’s pace – almost throughout the day & night. However, Tokyo city does manage to squeeze in a delightful character amidst all this chaos and monotony. The energy of the people ensures that Tokyo’s festivals are to-die-for.

There are a number of shrines in this wonderful city, places where people go to reflect on their lives or just slow down for a bit.

These shrines are known to host some of the most fabulous festivals in Japan, such as the Sanno Festival held at the Hie Shrine and the Sanja Festival, at the Asakusa Shrine. The Kanda Matsuri festival brings over a million people from all over the world, all gathering at the Sumida River for an excellent fireworks’ display. 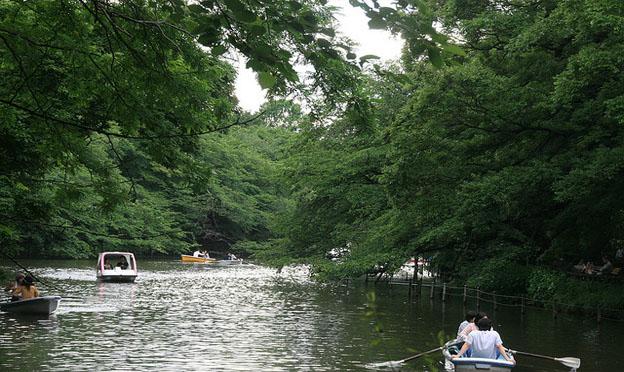 Tokyo is also known for its parks, especially during spring-time when the Cherry Blossoms begin to bloom. Picnics under these beautiful trees are a common occurrence with Inokashira Park being one of the most popular destinations. 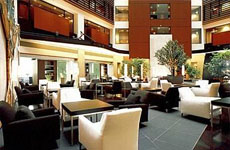 Located in the middle of the Ginza shopping district in Tokyo, the Park Hotel is easily one of the most popular hotels in the city. The hotel grants easy access to the city’s major financial districts while the Tokyo Exhibition Centre and Tokyo International Forum are right next door.

For those looking to get a glimpse into the light side of life, a few minutes’ walk can lead to the Tsukiji Fish Market.

The Park Hotel is just minutes from all forms of public transport including the train station & the airport. The hotel boasts of an Italian interior design that rivals the best in the world. Located above the 25th floor of the Shiodome Media Tower, the hotel offers wonderful views of Tokyo city to its guests, along with all other modern amenities. 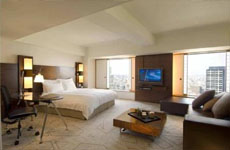 The Hilton Hotel is one of the busiest hotels in Tokyo and is also located near a massive shopping and entertainment centre in the city. The hotel looks down at the green spaces provided by the Shinjuku Central Park and is walking distance from the Imperial Palace and the Kabuki Theatre.

With excellent connectivity to public transport, the hotel is ideal for those looking to visit the city on business or pleasure.

All the rooms, at the Hilton Hotel, come with massive windows that give fantastic views of Shinjuku Central Park as well as the rest of Tokyo City. The hotel’s restaurants serve wonderful Japanese, French and Mediterranean cuisine while the business centre is fully-equipped to handle the most dire business demands.

The hotel comes with a spa, swimming pool and sauna as well, adding to the splendid luxury in the heart of Tokyo. 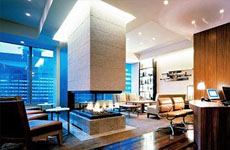 Known for its location as much as for its amenities, the Conrad Hotel is easily one of the most popular hotels in Tokyo city centre . Built above the 37th floor of the Shiodome area, the hotel has a wonderfully calm interior that pulls guests away from the rush down below.

Smack in the middle of the business district, business travellers will find commuting a breeze. For those looking to eat and shop, the hotel is right next to the Ginza shopping district while the dining options are lined all along the streets.

For those willing to stay indoors, there is the fantastic & famous “Gordon Ramsay at Conrad Tokyo” restaurant, serving delectable dishes created by the master chef himself. There are two other fantastic restaurants as well as a fully-equipped business centre.

The Conrad Hotel is known for its elegance and it comes as no surprise that there are plenty of designer boutiques and high-class amenities that come with the whole package.