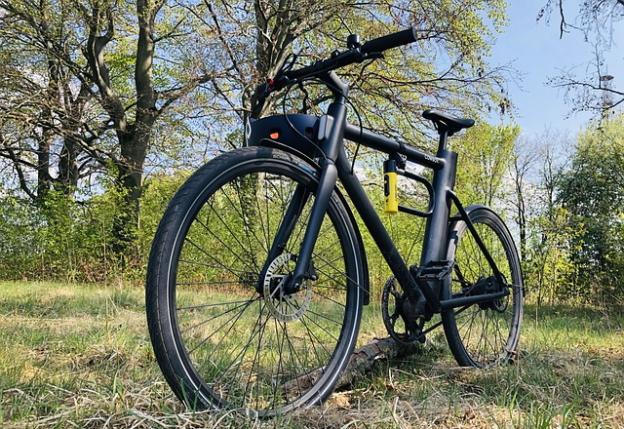 Last September we were very fortunately to spend a week in Ireland. The Emerald Isle was our test track for the electric bikes that we wanted to buy. Dublin was our base and Cormac of Greenelectricscooters.ie was kind enough to provide us with the electric bikes for our test rides.

Because of the numerous cycling possibilities. Our visit to Ireland was a wonderful experience, a country with a beautiful scenery, rich architecture and cultural heritage.

The vast countryside of Dublin, with the countless quiet and twisty country lanes to cycle and test our electric bikes was the perfect testing ground.

We stayed clear of the major truck roads. The minor lanes were generally quiet, unless we came close to the more touristy spots. Also, we found the Irish people to be very friendly, most welcoming and very helpful when we needed directions.

Why buy an electric bike?

These days for most people sustainable travel plays a bigger role in the decision-making process when booking a holiday.

Whenever we travel for work or holidays, we are always aware of our carbon footprint, what impact has our travel to the environment and how we can offset it.

Also, the recent Covid-19 pandemic has made us seek a healthier lifestyle, which makes an electric bike the ideal partner for this transition. To become fit again and at the same time enjoy the outdoors a lot more.

An added bonus to owning an electric bike for us, is that it saves us money on short commutes within our town.

Where in the past we would have taken the car for a short distance trip, now we take the electric bikes.

Cycling with an electric bike

These are two different approaches, the thumb throttle will engage the motor without you pedaling at all, so you can cruise down the road with no effort at all.

On the other hand, a pedal assist electric bike will stand still without pedaling. However, when you do start pedaling the motor will kick in and it will amplify your input (from +60% to +300%), and make cycling a lot easier.

We went with the pedal assist electric bikes as we wanted to keep fit and also it feels more natural, like you are cycling a normal bicycle.

Cycling routes suitable for the electric bikes in Dublin

Cormac, the man behind Greenelectricscooters.ie had a number of cycling routes to suggest to us. We will only mention here a handful of them, some were outside of Dublin and some were within the city.

With the exemption of the last cycling route, Malahide to Drogheda, all other distances bellow are calculated in a loop (to go and back) from the Grand Hotel in Malahide where we stayed.

Since this was our first ride, we choose an easy ride just 32 km but it was a very rewarding one as the views at the Howth were spectacular.

We also stopped at the Howth castle and the National Trust museum which is next to the castle. On the way back we took a small detour, to the visit and explore Portmarnock beach.

This is a very well-know cycling route in Dublin but definitely a tough one if you are on a normal bicycle or out of shape like us. However, it was not a problem with the electric bikes we were able to climb up to the 680 meters plateau like professionals.

The views from the top are very rewarding, the highlights of the ride were the Lough Tay lake with its dark waters and the Glenmacnass waterfall.

We got back to our hotel and our electric bikes still had some charge left. So, the 100 km (60 miles) range of the electric bikes is a very genuine quote.
We were also very surprised to see that both electric bikes where fully charged within 3 hours.

Cycling to the Phoenix Park – 44 Km

Another gem route suggested to us by Cormac of Greenelectricscooters.ie. Cycling to the Phoenix Park from our hotel was a lot easier than the Sally Gap, as the park is only 50 meters above sea level.

What we did not know was that the Phoenix park is the largest enclosed public park in Europe almost 2000 acres. It is also the official residence of the president of Ireland as well as the residency of the US ambassador in Ireland.

The gardens of the park were bursting with flowers and the whole park was very well maintained. We spent half of the day exploring the park and taking photos of the deers who live inside the park.

We also had a nice relaxing and very tasteful time at the Phoenix Café near the Walled garden by the Ashtown castle.

Bonus tip, get yourself the thee Jams selection pack that they make and sell in the café. It is a really, and I mean really nice jam (Blackcurrant, Raspberry & Strawberry). We only regret that we did not buy more.

Maybe the nice man of Greenelectricscooters.ie could get some for us? I hope he reads this.

Malahide to the Georgian Dublin – 42 Km

Our next cycle route took us inside the old Dublin town. It is really amazing how a small medieval town like Dublin between the 1690 to 1820 was transformed by a classical architectural frenzy with numerous castles, mansions, grand houses and public buildings.

Nearly a century of peace and prosperity allowed Dublin to expand outside of the boundaries of the old medieval town and become the second most important city in the British Empire.

After so many years this prosperity is still clearly visible throughout the architectural landscape of the city.

The House of Lords, the Georgian House Museum, the Long Room of the old Library, (65 meters in length) holds more than 200,000 very rare and really old books, making it one of the most impressive libraries in the world.

We chose this cycle route in order to explore the country side outside of Dublin and also pay a surprising visit to Mr. Cormac of Greenelectricscooters.ie, they are based in Drogheda.

We wanted to personally thank him for arranging the delivery of our electric bikes at our hotel for the test drive and also order our very own electric bikes.

Drogheda is one of the oldest towns in Ireland. It is positioned on the Dublin–Belfast corridor on the east coast of Ireland. The Drogheda Museum Millmount, the Mellifont Abbey and the St Peter’s Church are really worth seeing if you have the time.

Unfortunately for us this was our last cycle ride with the electric bikes for the day and for the whole holiday as we had to hand them back to Greenelectricscooters.ie.

Within a week of getting back to the UK, the courier delivered our electrics bikes and within a few hours we were able to take them out for our first ride. By far the best purchase that we have made this year.