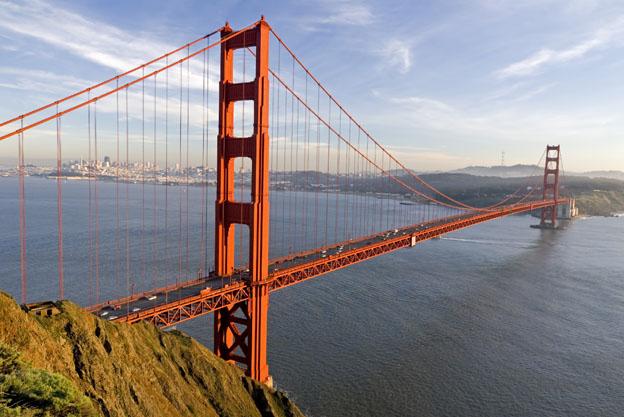 One of the most beautiful cities in the United States, San Francisco is often known as “the Paris of the West”. A product of the California Gold Rush, San Francisco has become one of the most popular holiday destinations for tourists and even a large number of business travellers.

With some fantastic architecture and beautiful streets peppered all over the city, San Francisco combines beautiful hills with wonderful sea-front locations to create a breathtaking sight for tired eyes.

San Francisco’s weather is reminiscent of the Mediterranean climate. Winters are moist and cool while summers are quite dry. Surrounded by water on three sides, San Francisco faces temperature changes, albeit mild, throughout the year.

The hottest days are rarely above 240C while the coldest winters don’t see anything below 80C. That said, fog & cool winds are quite native to the city, as are a wide variety of microclimates – each adding to the charm of this fantastic city.

Proximity to the Silicon Valley and its wealth has meant that San Francisco also saw a boom in its cultural heritage. San Francisco city has loads of museums such as the Museum of Modern Art and the Palace of the Legion of Honor. Art is huge in San Francisco city, as are the performing arts.

From the War Memorial Opera House to the Davies Symphony Hall, San Francisco offers a wide variety of theatre, music and dance entertainment to its multi-cultural audience. Most venues boast of a long history and usually have some fabulous story attached to their marvelous buildings and heritage. 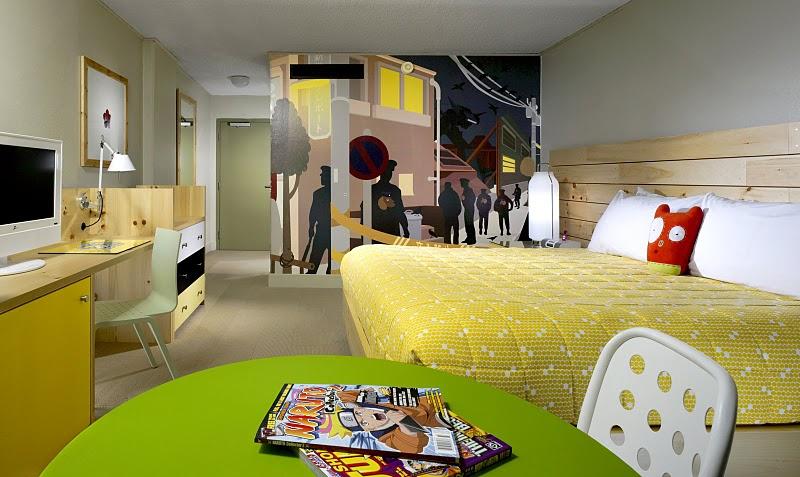 San Francisco city has been voted as the “Most Walkable” city in the United States of America. The streets are beautiful with gorgeous architecture and quaint shops & houses lining them. However, there are some pretty impressive shopping options on these charming streets.

Restaurants & cafes serve immaculate food from some of the best cuisines from around the world. Sitting out, under the sun, for a meal in fantastic San Francisco is probably the most incredible experience in the world. 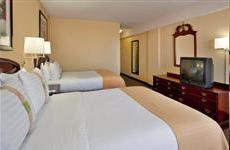 Situated in the heart of San Francisco’s beautiful Fisherman’s Wharf, the Holiday Inn offers unbelievable access to Pier 39, Ghirardelli Square as well as the bay.

For those looking to spend a holiday in San Francisco, the Holiday Inn Fisherman’s Wharf is centrally located to all the major attractions. If its China own or Union Square you wish to reach, then the famous San Francisco cable car lines are just walking distance from the hotel.

A short way from the airport, the Holiday Inn also offers fantastic dining & fitness facilities, including an outdoor heated pool & sundeck to its guests who choose to stay in. 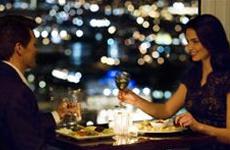 If you feel like heading down to Fisherman’s Wharf, just walk on towards the cable cars and head on down to the bay area.

The hotel has a tennis court and extensive fitness facilities for guests while the Nob Hill restaurant offers delightful cuisine. The InterContinental also boasts of The Top of the Mark bar, located on the 19th floor of this fantastic hotel. 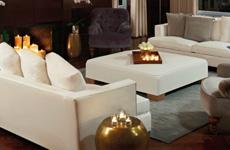 Located centrally, right at Union Square, the Clift Hotel is all about location. The hotel is minutes from major tourist hotspots like Nob Hill, Fisherman’s Wharf and other fantastic sights, while business travelers can walk, through beautiful streets, down to the Financial District.

A short drive from Oakland International Airport, guests can find abundant public transport options in and around the hotel.

Styled on the Italian Renaissance period, guests can enjoy delectable cuisine at the Asia de Cuba restaurant and then burn off their indulgence at the 24-hour fitness centre.