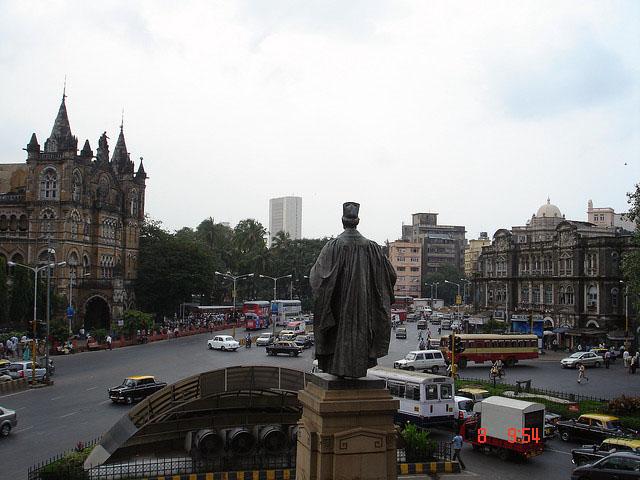 The financial capital of the world’s largest democracy, Mumbai city is one of the most populated cities in the world. A fast-paced city that combines tourist attractions within bustling crowds, commercial complexes and heavy traffic, Mumbai is a city that injects its inhabitants with its character and charm, through its many faces.

The people are friendly and helpful while the city has its own unique way of blending India’s cultures and traditions with the modern way of life.

Mumbai city is mostly wet and dry, however the city does witness a massive monsoon season. The proximity to the coast can mean that the weather is generally quite humid in summers, a preparation for the oncoming monsoons. The average summer highs, in the city, are around 320C while the averages lows in winter go down to 160C.

The monsoon season lasts from June to September and streets have been known to clog up during this time. This is probably the best time to stay away from the city.

What to See in Mumbai City

If you are interested in going around Mumbai city for the tourist-sights, then the Gateway of India is the ideal place to start. Right opposite the Taj Mahal Hotel, the Gateway of India is one of the monuments that has become the image of India in people’s minds. There are plenty of medieval monuments strewn across the city as this former port-town has turned into a massive financial, commercial and naval juggernaut. 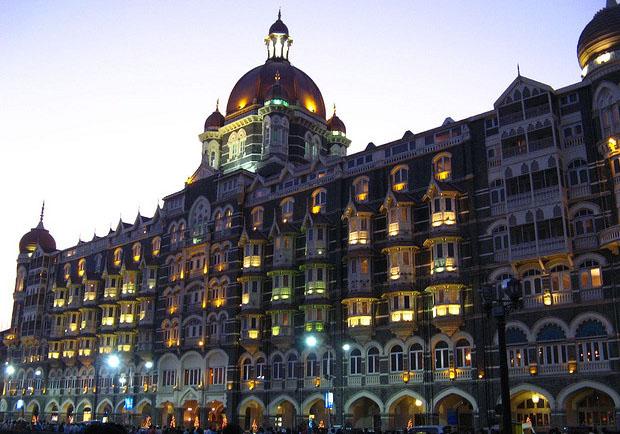 There is plenty of public transport to take you through the city although the Mumbai local trains are the straightest link between any two parts. Dividing Mumbai into two, these local trains run almost right through the heart of Mumbai. They are jam-packed at peak hours so travelling in these trains is all about getting up close & personal with the people of Mumbai.

Movies are a massive part of Mumbai and the city is full of film stars, theatres and movie halls. The Hindi Film Industry (not Bollywood as people may call it) is one of the world’s largest film production centres every year.

The musical nature of Hindi films has led to a massive emphasis on various dance forms as well as an incredible music scene. Performers, from all over the country, throng to the city to grab as much limelight as they can.

Mumbai city also promotes visual arts through the National Gallery of Modern Art and the Jehangir Art Gallery. There are plenty of museums in Mumbai as well, such as the Chhatrapati Shivaji Maharaj Vastu Sangrahalaya, formerly known as the Prince of Wales Museum.

In the fast-paced life of the city where life is a massive struggle for over 20 million people, these cultural treats tend to get lost in the chaos. 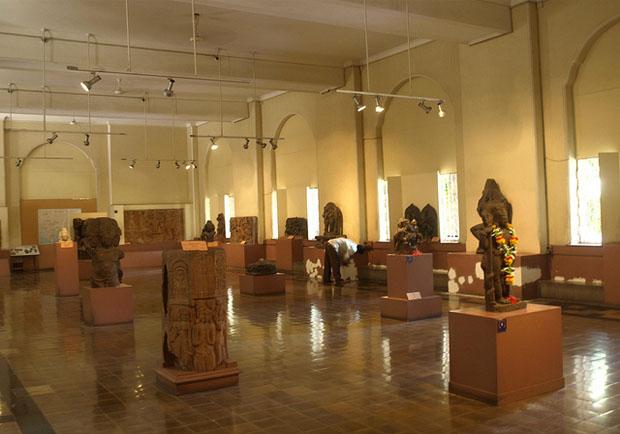 The Mumbai city, in all its forms, has distinct European influences in its architecture, no doubt from the years it has spent being the biggest trade-centre in its early history. Tourists can simply take a small boat ride out into the Arabian Sea and head to the Elephanta Caves or just walk down to Marine Drive and enjoy the “Queen’s Necklace” as it wraps itself around Mumbai’s fantastic coastline.

Mumbai is a city of contradictions and while there are high rise apartments and bustling commercial spaces all over the city, there is also the Sanjay Gandhi National Park situated right in the heart of this city. A walk through the park is one of the most enjoyable things to escape the noise and activity of the city. 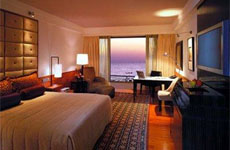 Located right on the waterfront, facing Mumbai’s beautiful Marine Drive is the InterContinental Hotel. Just seconds from almost all the major commercial establishments, offices and companies, the Intercontinental Hotel is ideally suited for all business travellers.

The hotel has a fantastic Indian food restaurant as well as Corleone, an Italian joint. There are three bars in the hotel s well as a fantastic lounge.

All 59 rooms of the InterContinental Hotel Marine Drive overlook the Arabian Sea. Guests can also enjoy the full-service fitness centre, spa and beauty centre as well as the swimming pool. Mumbai city has three major airports, and the InterContinental is a maximum of 17 miles away. 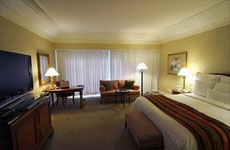 The JW Marriott Hotel is placed right in the middle of Mumbai’s fashion zone – Juhu. With the Arabian Sea spread across the fantastic Juhu beach, guests are treated to street food & local cuisine – Mumbai-style. In the evenings, Juhu beach comes alive with activity as people of all ages gather to take in the sights, sounds and colours of the beach-side stalls.

In Mumbai city, the commercial districts are never too far off from any part of the city, and the JW Marriott is no exception.

The hotel has a fantastic Spa, a popular nightclub as well as Indian, Thai, Italian and Teppanyaki cuisine restaurants. There is a wonderful fitness centre, a swimming pool as well as over 15,000 square feet of business & meeting centres. 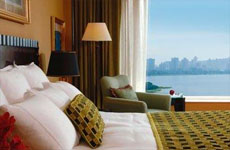 The Renaissance Hotel is one of the most picturesque hotels in Mumbai city, situated right on the edge of the Powai Lake. Surrounded by 15 acres of landscaped gardens, the hotel is ideally placed for quick visits to the Gateway of India, the Kanheri Caves, the Royal Palms Golf Course as well as the Mumbai Zoo.

Business Travellers are minutes from the commercial sector and the airports are just minutes from the hotel. The hotel is ably connected with public transport and reaching other parts of the city is not a problem.

There are over 580 rooms at the Renaissance hotel, all equipped with state of the art amenities and facilities. With the complimentary newspaper every morning, the hotel has Indian, Italian and Chinese cuisine in its restaurants as well as a nice bar.

For those who’d like to work off those calories, there is a fully-equipped fitness centre and a relaxing spa as well.