A fantastic city with wonderful natural sights and breathtaking architecture, Cordoba is a beautiful town in Andalusia, Spain. From the might of the Roman Empire to the capital of the Islamic caliphate, Cordoba city has seen it all. There are reminders of those fascinating days, in the form of bridges, buildings and much more, all over Cordoba.

The main reason for visiting Cordoba is to see these wonderful sights, taste the local cuisine and take in the fantastic atmosphere thrown out by this wonderful part of Spain.

Cordoba is one of the hottest places in all Europe, hitting almost 360C in summers. Temperatures over 400C are not uncommon, even though the nights are relatively cooler. While the summers are quite dry, the rest of the year sees a bit of rainfall, equally divided into the other months. Winters are much cooler, with the average highs hanging around 150C or so. Frost isn’t that uncommon an occurrence in this lovely Spanish town.

Cordoba is a town where you sit down on a street-side café and enjoy the sunshine, the natural beauty and the wonderful architecture & structures in town. There are many wonderful archaeological sites like the Palace of Maximian at Cercadilla, the wonderful Albolafia Mill amongst the eleven Mills of Guadalquivir and the Medina Azaharaa.

Places like the Palace of Mercy, the Puerta do Almodovor and the Roman Temple of Cordoba have been well-maintained, reflecting their past glory and brilliance. The Old Town, at Cordoba, is surrounded by some fantastic walls built by the Romans.

There are 12 fantastic Fernandine churches, built by Ferdinand III of Castile. There are many other religious monuments lined up all over this fantastic Spanish town, something that has become the highlight of any visit to Cordoba. 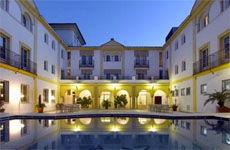 While it is quite hard to be far from any of the local monuments and attractions, in Cordoba, the Macia Alfaros Hotel does a lot more for guests by placing themselves right on the edge of the Roman Wall.

There are mosques, churches and plenty of attractions within walking distance from the fantastic hotel, as are the restaurants, cafes and market places. The hotel has a swimming pool for those who’d like to stay in, as well as meeting rooms for urgent business meetings.

The Macia Alfaros Hotel also provides a fantastic restaurant and café, along with a well-equipped bar. 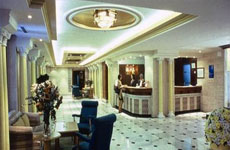 The Hotel Conquistador is one of the most beautifully-located hotels in all of Cordoba city. Right next to a World Heritage Site, the hotel is bang-opposite the Mezquita. Public transportation is right next door, ensuring easy travelling routines for those who’d like to go to the other parts of Cordoba.

There are 98 guest rooms at the hotel along with six apartments that have a dining room, kitchen and courtyard. The hotel also has a breakfast buffet with a fantastic restaurant & bar to go with their other amenities. 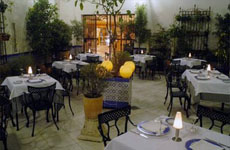 Travelling to Cordoba is all about experience the grandeur of the Roman & Islamic monuments. The Eurostars Maimonides puts you right in the heart of the action, a few seconds from the Great Mosque of Cordoba city and about the same distance from the local convention centre. There are plenty of restaurants & cafes around the hotel, ensuring a wide variety, from local to international, cuisines.

There are 82 rooms at the Hotel Eurostars Maimonides, each equipped with all modern amenities as well as giving guests access to the hotel’s restaurant, bar and shops selling locally-produced items.