Almost all cities are at their best in the sunshine and this is particularly true of the Welsh capital. West of the Severn, winters are long, damp, and grey, but Cardiff makes up for that in March, April, and May. The sun makes an appearance after months of hiding behind the clouds and over a matter of just a couple of short weeks the flowers appear- spring crocus in purple, snowdrops in white, and daffodils in cream, gold, orange and bright canary yellow. A little later they’re joined by primroses in all colours and flowering fruit trees in the parks and gardens. 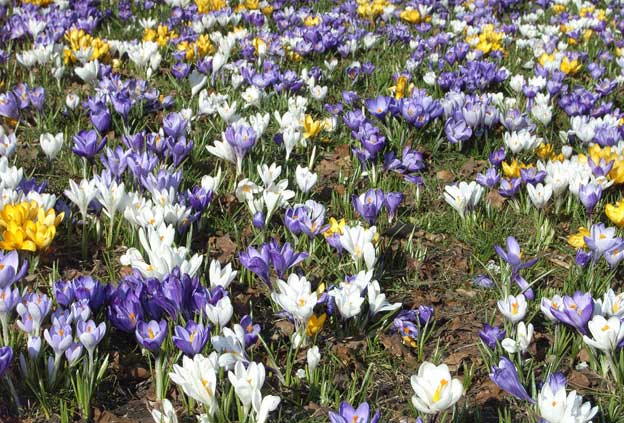 The famously wet Welsh climate gives Cardiff lush green grass all year round, from the coldest days of winter to the height of summer. Set against this lush background the flowers are truly spectacular, and although Cardiff City Council does a great deal of work arranging flowering display beds in the city centre and in the parks, the daffodils in particular have long since escaped their planned beds. They appear alongside roads and by rivers, anywhere there is a patch of undisturbed ground.

Cardiff’s parks are a point of pride. Many of them were laid out during the coal and iron boom years and still maintain a very Victorian feel. The biggest and most spectacular is Bute Park, a 130 acre expanse in the heart of the city. Until 1947 it formed the estate of Cardiff Castle before being presented to the city by the 5th Marquess of Bute. The castle is now open to visitors and the ever-present daffodils have even colonised the mound of the Norman Keep inside. 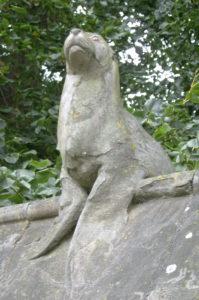 March the 1st is St David’s Day, celebrated in fine style across the Wales. Naturally the biggest parade is in Cardiff and the 1st is the perfect time to come to the city if you’d like to experience a little culture. Welsh national dress is on display on the streets and there are always performances of traditional and modern music and dance from around the country as well as- of course- poetry in both Welsh and English.

Spring is also an ideal time to be out on the Bay. A ferry service runs from Bute Park to Cardiff Bay at regular intervals during daylight hours. It travels down the River Taff, past Millennium Stadium and around to Mermaid Quay. While the bay area is a relatively new development it does retain older features and it’s home to some of the city’s most picturesque buildings. Fans of Doctor Who and Torchwood will find plenty to get excited about and it’s worth a visit for the icecream alone! 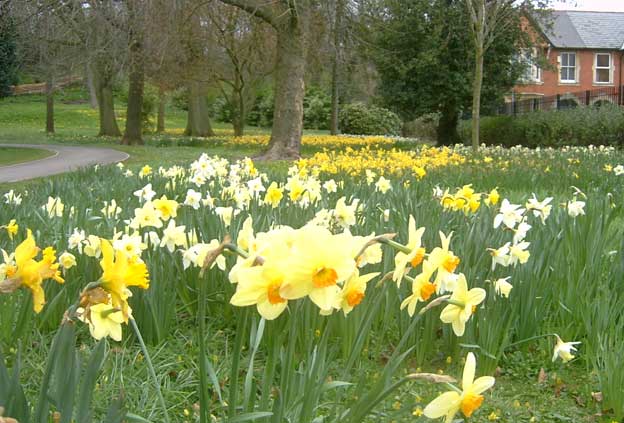 From Mermaid Quay you can either take a longer boat trip around the bay or head out to the island nature reserves of Flat Holm and Steep Holm. Flat Holm visits usually begin in late March and run util late October. On tours run by the Flat Holm Society it is even possible to disembark and take a closer look at nesting seabirds and the massive old foghorn and other historic buildings.

Cardiff is less than an hour from the seaside resort of Barry Island to the west and the rolling mountains of the Brecon Beacons to the north. To the east, the Wye Valley and Forest of Dean are about 40 minutes away by car or train. All three are worth a visit on their own or as day trips from Cardiff, and they’re at their best in Spring.

Jess Spate the author of  “Come to Cardiff in Spring for the flowers and more!!!” has lived in Cardiff for many years and wouldn’t change it for any other city, especially in spring. She works as a sustainable business consultant for AppOutdoors.

1 thought on “Come to Cardiff in Spring for the flowers and more!!!”