The capital city of Argentina, Buenos Aires is one of the largest cities and also the commercial & political hub of this beautiful South American country. The Buenos Aires city, has a long colonial history and that adds to the splendour and brilliance of the architecture and the general character it exudes.

Buenos Aires is a tight city with a lot of buildings and few green spaces. It is home to a number of expatriates and, therefore, has a large European influence on its culture.

Experiencing four distinct seasons is one of the key characteristics of the city of Buenos Aires, that is if the year-round humid climate can be ignored. Summers hit a high of around 250C while winters go down to 100C. The summer highs can get hit by the Brazilian heat waves that come down every December or January, pushing the 70% humidity up with temperatures touching almost 350C.

Known as the “Paris of South America”, Buenos Aires city has a number of film and theatre centres.

The Teatro Colon is one of the most popular Opera Centres in the world, encouraging several symphony orchestras and choral societies to ply their trade. There are loads of museums, some dedicated to particular themes such as Art, History, Heritage, Music, Dance, etc.

The most peculiar aspect of Buenos Aires city has to be the book stores. There are millions of book stores, of all shapes & sizes, on almost every street in the city. The Buenos Aires International Book Fair, one of the top five book fairs in the world, is held in the month of April each year while the most incredible “La Noche de los Museos” or Night of the Museums marks the day when these museums stay open all night long. 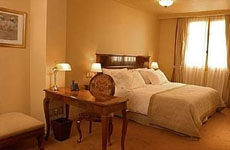 In the heart of the Recoleta neighbourhood, the Melia Recoleta Plaza Boutique Hotel compliments the posh-nature of the entire neighbourhood. The hotel is located really close to the art galleries and major tourist attractions while also being just a few minutes away from the financial centres of Buenos Aires.

Fantastic design and elegant architecture are just a few of the things that make the hotel a special place for tourists and business travellers.

Access to the health club, breakfast and Internet – all are free to the guests at the Melia Recoleta Plaza Boutique Hotel. The hotel is extremely elegant in design, oozing luxury with a host of modern facilities and equipment. 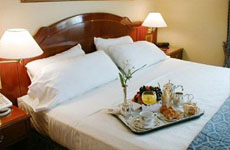 Located right in the centre of the city’s business and entertainment districts, the Eurostars Claridge Hotel is ideal for business and leisure travellers. The hotel is minutes from the Opera House as well as the Plaza de Mayo, with the Puerto Madero also just a short walk away.

Twenty one miles from the international airport, the Eurostars Claridge Hotel is one of the prime properties in the city.

Climate Control and mini-bars are a regular feature in the 160-odd guest rooms at the Eurostars Claridge Hotel. There are plenty of dining options within the hotel, if the thousands around the hotel aren’t enough. The hotel has a piano bar, a wonderful swimming pool and a beautiful spa and beauty centre to compliment the fantastic health-club services. The hotel also has dedicated meeting spaces and a full-service business centre too. 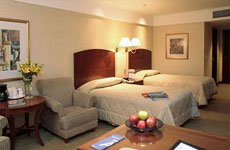 Just a few feet from the fantastic shopping, dining and entertainment options in Buenos Aires, the hotel has its own restaurant and bar. There is a fully-equipped gymnasium with a sauna as well as meeting and banquet rooms for those business gatherings.