Want to Take an Electric Roadtrip? 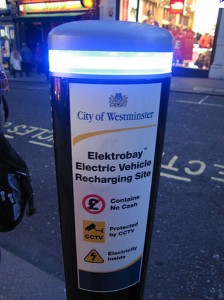 Owners of electric cars will now have a charging station down the M6 motorway from Cumbria to Liverpool. This will make the ability to utilize electric cars a reality at last.

The installed electric car charging point is the tenth in a series of service stations across the UK by the Ecotricity green energy company. Ecotricity is responsible for the installation of 10 charging stations.

The charging stations are points that are powered with solar and wind energy. Until this recent addition of a charging station on the M6, electric car drivers have had to worry about running out of power along their routes from Cumbria to Manchester or Liverpool.

This fear has been labeled range anxiety for those who suffer from it. The Electric Highway now has charging points on the M6, M40, M1, M5, M4 and M25

This is a broad and yet attainable goal for their company, but with the UK government behind them all the way it seems to becoming a reality.

There may be nothing that can stop this dynamo of a company. What they are doing is what everyone else hoped to be doing years down the road, but somehow they have made the paradigm shift and taken the big risk that seems to be quickly paying off. All that is left to do is build a stable and growth sustainable market of new drivers, but that is probably the easiest part of the overall job. END_OF_DOCUMENT_TOKEN_TO_BE_REPLACED