Barcelona, Seville and Granada make for fantastic city break destinations. The north coast has pretty vineyards and wild Atlantic waters that are perfect for surfing.  In the centre you find historic gems such as Toledo and down South in Andalucia, lie the glorious city of Seville; kite-surfing Mecca Tarifa, and pretty, whitewashed villages such as Jerez de la Frontera.

The Costa del Sol and Costa Brava are where you’ll find the most family-friendly beach resorts. The Balearic Islands of Ibiza, Mallorca and Menorca offer something for every traveller: quieter resorts, scenic walks, glorious beaches and a buzzing nightlife, while the southerly Canary Islands are popular winter-sun destinations which enjoy a pleasant climate all year round.

Find the best possible prices on places to stay in Spain by using the magical Hotels Fairy comparison search box to the left, bringing you the very best Spain hotel deals or Compare All Hotel Prices in Spain…

Barcelona is one of the most popular weekend break destinations in Europe and it’s easy to see why. The city is well serviced by flights and there are some excellent, value for money hotels, such as H10 Montcada, in the heart of the old town (rooms from £63). Enjoy tapas on the wide boulevard of Las Ramblas, see Gaudi’s finest work at the Sagrada Familia and for the children, there’s a fantastic aquarium and zoo.

If grand palaces and stunning architecture appeal, then you will also love Moorish Granada – you’ll want to avoid the hot summer months though, as temperatures really soar.  Cool off after a day at the Alhambra at the centrally-located Navas Hotel (rooms from £60).

There are a number of amazing Spain hotel deals to be found in every major city (and every town and village too) to make your Spanish city break one to remember.

Looking for the Best Deals on Barcelona, Spain Hotels?

For an alternative to package holidays, why not take a cheap flight to the Costa Brava, Costa del Sol, Balearic or Canary Islands and choose your own hotel?  There are some fantastic Spain hotel deals designed especially for families, such as the RH Princesa Hotel in Benidorm (rooms from just £36).

Andalucia, in Southern Spain, is a haven for walkers and for people who just like to experience as much as possible on their holidays. The range of sights and experiences in this area is second to none.

The gateway to Andalucia, Malaga, is worth a couple of days’ exploration alone. For a touch of glamour, nearby Marbella is popular with boating enthusiasts and fashionistas alike. A little further inland and you can visit the glorious Seville and its palace and cathedral, historic Ronda and the hilltop villages of the Sierra Nevada, near Granada. 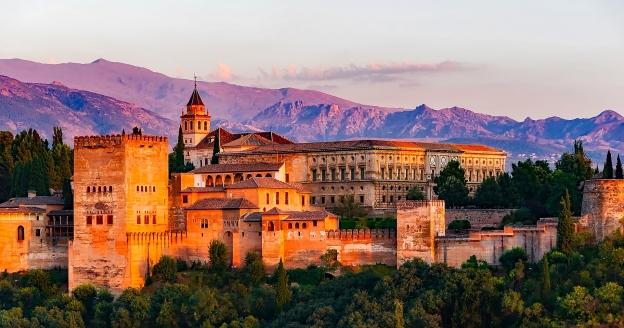 For a great location with superb views and a touch of classic luxury, try the Hotel Parador de Ronda (rooms from £87) or check out Hotels Fairy for the best possible Spain hotel deals throughout Andalusia and the rest of the country.

Compare All Hotel Prices in Spain…

To find the best Spain Hotel Deals on the internet, just enter your destination and dates in the search box on the left, and we’ll go to all the top booking websites and find you the best available hotel room rates.  Or just click the links on this page for your chosen cities.