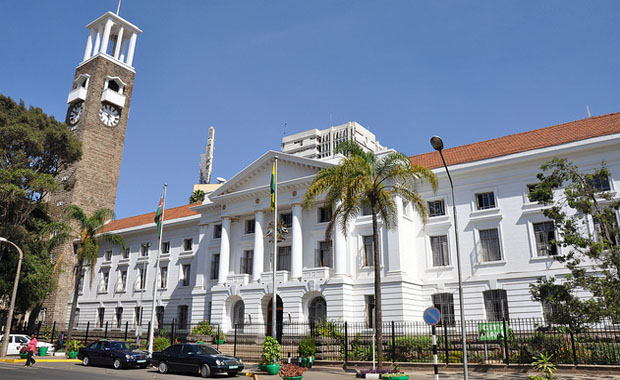 It began as a simple rail depot – a small link between Mombasa and Uganda – for the British. Today, it is one of the fastest growing commercial and political cities on the continent of Africa. Nairobi, the capital of Kenya, is the 12th largest city on the continent and is also one of the most populated cities in East Africa. Slowly, Nairobi has become a massive cosmopolitan state that has combined its British influence with its African heritage to emerge as a “better city”.

Nairobi is quite high on the altitude scale and that gives it a wonderful and cool climate. Evenings can be quite chilly although summers are quite warm and sunny. Between December & March, the average high hits about 240C while in winters, the lows hang around the 120C mark. Nairobi has two rainy seasons, one in April-May and the other in September-October-November.

While both are mostly associated with drizzling, there isn’t much difference between a dry and rainy day as such.

There are a number of parks in Nairobi that are the centre of people’s weekend-life. Almost the entire city can be seen at Uhuru Park, not just on weekends but on lunch-time even, thanks to its wonderful location right in the centre of the city’s business district. There are plenty of other parks like the Jeevanjee Gardens, the City Park, and the Nairobi Arboretum, each of which offers a wonderful place to relax and slow down in rapidly growing Nairobi. 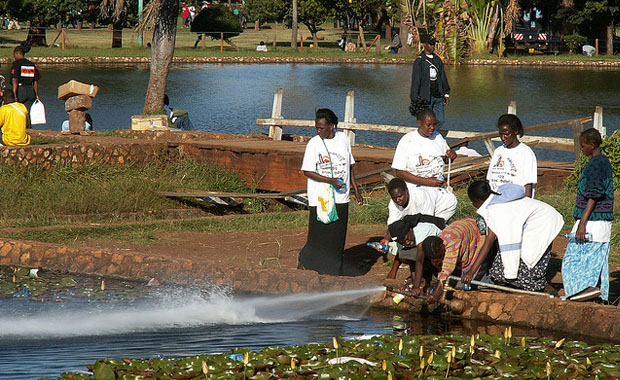 Nairobi has had a massive influx of people from other former British Colonies, including India and (areas now under) Pakistan & Bangladesh. As a result, the city has a beautiful mix of cultures and traditions from these parts of the world. There are a number of shopping districts and malls, in Nairobi, each of which lends a bit to the growing cosmopolitan character of the city. Village Market, Sarit Centre, Junction, etc. are just some of these malls that are part of the landmarks in the city.

Nairobi has been the centre of many films and books, all based on Kenya or the city itself. As a result, there is a small film-making culture that has risen in Nairobi, albeit in its nascent stages. There is also a massive emphasis on English literature, no doubt from the years of British rule over the country. 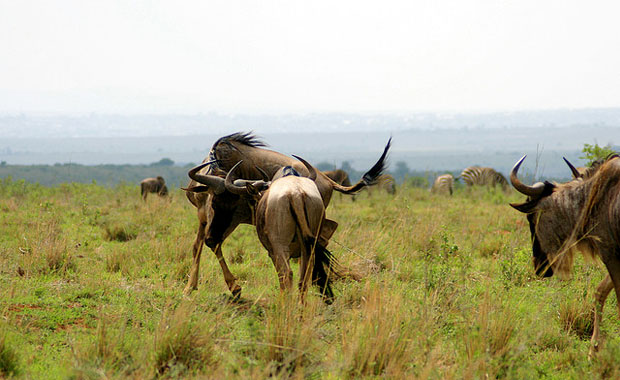 Soukous music finds its birthplace in Nairobi while Benga, a modern combination of Jazz and Lou, is also native to Nairobi’s streets. After a number of Congolese artists moved to Kenya to escape the changing political scenario in their country, Nairobi became a hotbed for talent and is one of the main places to be, for those looking to be a part of the growing music scene in Africa.

The Nairobi National Park is the only national park, in the world, to share a border with a city the size of Nairobi. Home to over 400 species of birds as well as lions, rhinos and giraffes, the park attracts thousands of visitors every week. The Nairobi National Museum contains exhibits from Kenya’s past, including the fully constructed skeletal remains of Turkana Boy, a homo erectus specimen.

Home to coffee and art, Nairobi has plenty of coffee huts selling excellent local produce while their art galleries, like the Rahimtulla Museum of Modern Art or the Mizizi Arts Centre, are layered with works from fantastic African artists. 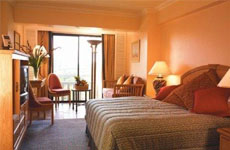 Just five minutes from the centre of Nairobi means that the Intercontinental Hotel is just five minutes from all the political, commercial and financial centres of Nairobi. A short drive to the airport and a short walk to all the major attractions in Nairobi have given the hotel a unique place in terms of convenience. The hotel comes with a wonderful Mediterranean restaurant as well as a pool-side restaurant serving international cuisine. All rooms come with the best modern amenities while the hotel’s proximity to public transport and shopping, dining and business centres ensures a comfortable stay. 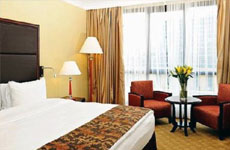 Situated on the Upper Hill district of Nairobi, the Crowne Plaza Hotel is right in the heart of the action. A couple of kilometres separate it from the Kanyata International Convention Centre while the surrounding area is full of stores, malls and wonderful restaurants. The hotel has a wonderful swimming pool as well as plenty of sun-bathing lounges.

There is a full-service gymnasium as well as a spa & sauna to add to the wonderful relaxing atmosphere of this beautiful hotel. The Crowne Plaza has a wonderful restaurant, Sikia, which offers an impressive international menu and has an equally impressive wine-cellar. There is a café, a wonderful lounge and excellent views of the city. 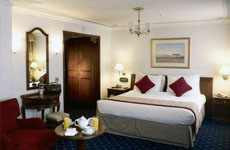 The Sarova Stanley Hotel is a Victorian masterpiece in the middle of Nairobi. A calm and quiet environment in the middle of the bustling city ensures complete relaxation for its guests. Business travellers can put their feet up at the wonderful Thorn Tree Café, or simply head into the spacious lounge and dining areas for a beautiful way to end the night. In the heart of Nairobi’s central areas, the Sarova Stanley Hotel is right next to the city’s busy business district as well as the Uhuru Park, while public transport can take leisure travellers to all other major attractions.