Hong Kong city is Asia’s business and commerce hub and a major tourist magnet for its shopping and cultural attractions. While most of the travellers, in and out of Hong Kong’s busy international airport, are there for business, Hong Kong does have its fair share of shoppers and tourists coming to the city. Based on a busy shipping route in ancient times, Hong Kong was a massive stop-over for trade & commerce.

The lack of arable land in and around the city has meant that Hong Kong has had to rely on companies and commerce for its livelihood.

The city is based right next to China’s south sea coast. With the South China Sea covering it on three sides, Hong Kong has little room to expand its borders, especially with Guangdong City towards the north. The summers in Hong Kong are typically warm, with 300C being the average temperature through the months. Winters are nice and comfortable as highs stay in and around 200C.

There is sparse rainfall in Hong Kong city and although humidity is quite high, the wet months only see about 13 to 15 days of rainfall at best. From May through September, rain is quite heavy when it comes and the city is well-equipped to handle it.

Things to Do in Hong Kong City

Hong Kong is a massive metropolitan city with its own fantastic culture and heritage. A former British Colony, Hong Kong has absorbed all the traits of the British culture along with its Chinese heritage. The city is full of people from all over the world who live and work in Hong Kong.

The city has plenty of eating joints that offer everything from fine-dining to fast food. There are restaurants all over the city, combining the influences of all the cultures that form this fantastic city.

The Hong Kong film industry has a reputation, in the world movie-scene, for producing some extremely creative and exciting movies. Stars like Bruce Lee and Jackie Chan have called Hong Kong city their home in the past (and even today). Both stars enjoy special status in the city, with Bruce Lee’s bronze statue being a major tourist attraction in itself.

Hong Kong has several museums and galleries that depict the city’s Chinese heritage as well as modern influences. The Hong Kong Museum of Art and the Hong Kong Academy for Performing Arts are two of the most prominent institutions in the city. The city also enjoys the company and performances of the Hong Kong Philharmonic Orchestra along with many internationally renowned acts who regularly use the city as their stage. 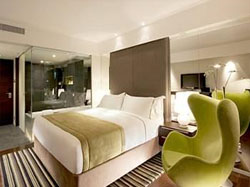 The Mira Hotel is located right in the middle of Hong Kong’s busiest shopping centres – Nathan Road. Guests have the convenience of walking down to the spectacular line of boutiques that offers everything from tiny quaint stores, selling local creations, to massive designer boutiques.

Star Avenue, Jade Market and the Sports Market are also minutes away from the hotel. For those travelling on business, the hotel is ideal for its proximity to Hong Kong’s downtown area.

With just a mile between the hotel and the airport, the Mira hotel is a popular destination for business and leisure travellers. The hotel offers excellent business facilities to its guests, making them capable of conducting all forms of business within the hotel’s premises. A swimming pool, fitness centre and ballroom make the hotel more amenable for leisure travellers. 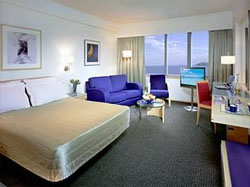 Right next to the international airport in Hong Kong, the Regal Airport Hotel is one of the most conveniently located hotel for those travelling on short business trips.

The hotel is fantastically located for those who’re travelling to the city on business for a short period, allowing them to stay right next to the airport, wrap up their work quickly and leave. For pleasure-goers, the hotel is still convenient as it stands just 20 minutes from the popular shopping & entertainment districts of Hong Kong.

The hotel has sound-proof windows to make up for its proximity to the airport, as well as offering mini-bars and refrigerators to its guests. There is a swimming pool and fitness centre within the hotel, as well as complete business & meeting facilities. 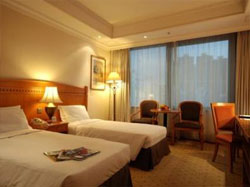 Located right on Victoria Harbour, the Ramada Hotel offers a fantastic view of the Macau Ferry Pier. There are many attractions near the Ramada Hotel, such as the Asia World Expo, Disneyland and Ocean Park.

However, the hotel also caters to its business guests with walking-access to the Hong Kong Convention and Exhibition Centre, the International Finance Centre and all the major business districts of the city.

The Ramada Hotel has fantastic rooms that come with marble desks, free Internet access along with all other modern high-end amenities. The restaurant and bar at the hotel offers delectable cuisine to add to the brilliant waterfront location and views.