Driving Laws in Foreign Places Can Be Confusing 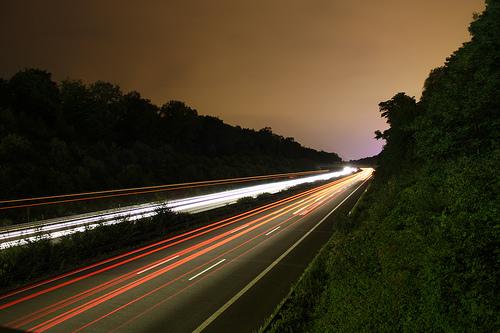 In a country where there is no speed limit on the highway, it makes sense that the driving regulations are strict and must be properly adhered to; otherwise, it would be a chaotic free-for-all. For example, it’s illegal to run out of gas on the autobahn.

It’s also illegal to walk on the highway! So if you do end up running on empty, if you have a cell phone to call for help, you’ll only get one ticket instead of two. In addition, there are sections of the autobahn that do enforce speed limits.

Cameras are used to track speeders, and—since you’re not allowed to stop on the autobahn—tickets are issued in the mail. If caught going more than 30 kilometers per hour over the speed limit, you will lose your license and have to pay a fine. 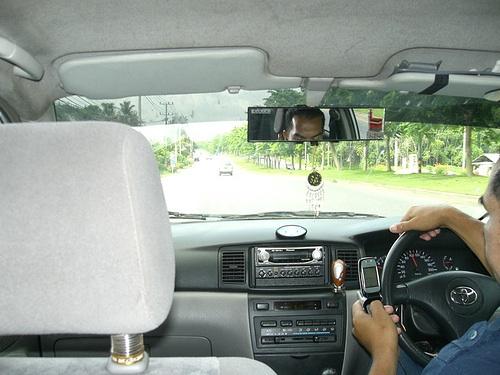 Driving in Thailand can be chaotic, especially if you’re used to the strictly enforced traffic patterns in countries like Germany. Many cars don’t have lights, motorcycles zoom in and out between automobiles, and until recently it was possible to buy a driver’s license without passing an exam.

It’s not uncommon to see a car going the wrong way on a one-way road or a truck driving along the painted line in the center of the road. Passing is allowed on any side, as long as the surface can accommodate your car. That means that other cars can pass you on the grassy area to the right of your car, so stay alert.

And even though you can pretty much follow your own rules while driving, don’t drive with your shirt off. You can be pulled over and fined, whether you’re driving a car or a motorcycle. 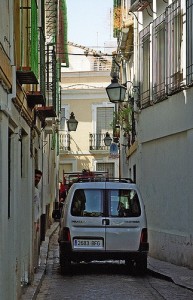 Although the legal limits vary, punishment can include fines and imprisonment, so it’s better to be safe than sorry. Both the United States and Spain have strict laws when it comes to securing children in the car.  Use approved car safety seats for children, and children younger than 12 or 13 should always ride in the backseat.

In Spain and in many U.S. states, talking on a cell phone while driving is prohibited. Again, this is another instance when it’s better to avoid phone calls while driving altogether, rather than risk getting a ticket or getting into an accident.

No matter where you travel, it’s a good idea to research the local laws before your trip if you plan on renting a car. You need to know what side of the road to drive on and be able to recognize traffic signs.

Learn parking rules before stopping; you don’t want to let a ticket or a towing fee ruin your trip.

Any documentation that they give you at a car rental agency should be kept with you at all times, as should your passport and driver’s license.

Casey Matthews the author of the “Driving laws in foreign places can be confusing” is an insurance consultant and recommends checking on-line for an auto insurance comparison twice a year, to make certain your rates are in the ballpark of those currently offered. Comparisons are possible for various countries and states. So be smart and learn the driving laws of your holiday destination before you pick up your rented car at the airport.