Amsterdam city does of course have a certain reputation. It still remains one of the top stag destinations in the world and definitely has more liberalism than any other city in the world. However Amsterdam is actually a cultural gem in its own right. So in this article we’re only going to give you the briefest flavour of the red light Amsterdam and focus more on the city itself.

By the time you’re done reading this you’re going to just want to get your travel insurance, a flight or a ferry and get going – swim if you have to.

The city itself is just beautiful. The canals are probably what most people’s image of the city is and these are just stunning. The canals are absolutely gorgeous and a tour via of the city (via the water) is a great way to save your legs after a long days stroll. They wind gently between the houses and the buildings and give the centre an odd ambivalence between openness and cosiness. 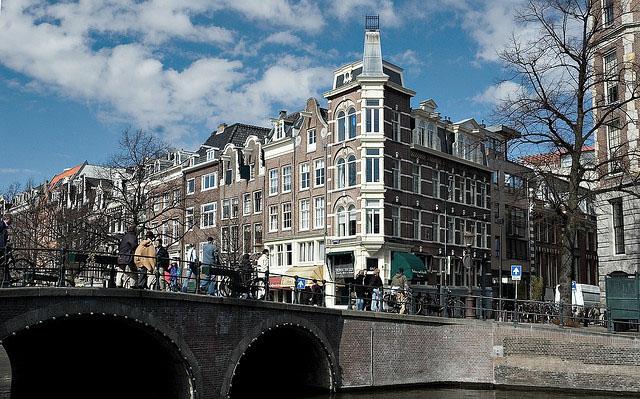 At the top of almost everyone’s to do list in Amsterdam is the Van Gogh museum. Of course Van Gogh is one of the finest artists ever to grace the planet and the museum shows off some of his finest works. 200 of his paintings are arranged chronologically charting the development of his style and influence.

However, in our honest opinion, the Van Gogh museum is by no means the best that Amsterdam city has to offer in terms of museums or sights. The national museum is in fact far more impressive with is vast collection of Rembrandt’s, Vermeer, Hals and Steen. The national museum of modern art is also equally impressive with its collection of Picasso, Cezanne, Monet and Matisse. These museums are well worth dedicating a full day too, so you should take your time to really soak in the atmosphere.

There are some other museums that are well worth wandering around including the ‘our lord in the attic’ museum and Amsterdam’s historical museum. With over 10 museums to choose from we’re sure you’ll find something to suit.

Next up on most people’s agendas is the Anne Frank house. The museum is reasonably interesting but the actual hidey hole is of course the main draw. From here you’ll want to take a trip to something less sobering – so we’d recommend the Heineken factory. Even if you’re not a huge lager drinker the factory is actually still an interesting trip and tells you a lot about how the world’s most popular beers are actually made.

In the day or in the evening if you’re feeling more adventurous you’re going to eventually want to wander the streets of the red light district. Not for the faint of heart there’s something very strange about this whole area with its mixture of sleazy shops, sleazy services, sleazy people and sleazy tourists. The whole thing is a strange experience but one well worth having.

If you can get beyond the depravity then the area does feature some of Amsterdam’s best architecture as well as a sex museum charting the history and evolution of pornography (extremely graphic – you have been warned).

Ok once that is out the way it’s time to get back to Amsterdam at its best – Dam Square. Dam Square has possibly the best architecture Amsterdam has to offer and is a hive of activity. The square has the Royal Palace on one side, the national war memorial on another ad a series of grandiose buildings surrounding it.

The Royal Palace is well worth a visit but the atmosphere, street vendors and street theatre alone are enough to keep you entertained. We’ve just about managed to uncover some of what Amsterdam has to offer but just wandering around you will find enough to keep you occupied for weeks so off you go and have fun.

Mike is a guest travel writer for many travel sites, covering popular destinations, budget travel and tips on how to find the right travel insurance for your holiday.