A world traveler has a trip ruined by worn passport

Posted on in: Tips for Hoteliers, Travel Planning, Travel Tips, Uncategorized|Jump To Comments 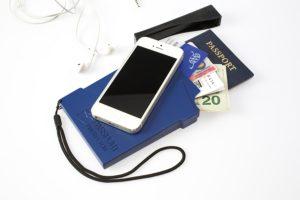 Last summer Patrick Dichter had a two week trip to Europe ruined when his passport was denied for ‘wear and tear.’

As he was boarding the plane to Rome, an airline employee stopped him claiming the company could face a fine if immigration didn’t approve of his passport. Four days and $2500 later, Patrick salvaged the trip with new documentation.

After his travel nightmare, he created a solution for other travelers – a hardcore passport case. 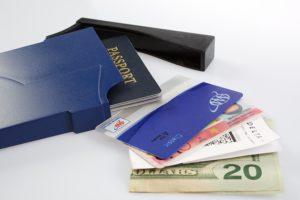 The Passport Protector is the first of is kind with sleek design that is water proof and impact resistant.

The body is a hard ABS plastic and the top is made of a silicone blend to safely hold a traveler’s most important document and other small items such as cash, tickets, and credit cards.

After nine months of prototyping and design, the inventor has released a crowdfunding campaign on Indiegogo to presell to early fans and raise funds for manufacturing. Backers can purchase before June 9th.

Patrick remains passionate about travel and has decided to add a charity element, donating a portion of sales from each unit sold to study abroad scholarships.

“Our slogan is ‘ensuring worldwide travel’ meaning you’re ensured your passport won’t be denied, and ensuring more people get the opportunity to go abroad,” Patrick says. 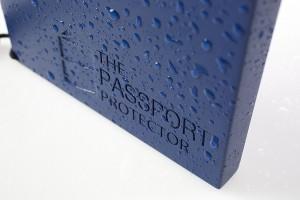 In the first two weeks of the campaign, The Passport Protector has met great success from customers as well as support from the press in travel, universities and gear review sites.

The company also donates a percentage of sales to study abroad scholarships and has elected to crowdfund initial sales through platform Indiegogo.

At Hotels-Fairy.com we really like the Passport Protector and we are supporting Patrick’s project.

If you like it too, please support Patrick’s crowdfunding campaign at Indiegogo.com. There are only six days left to raise the necessary funds to get the Passport Protector into production and world wide distribution.