The Best Wellies for Festivals 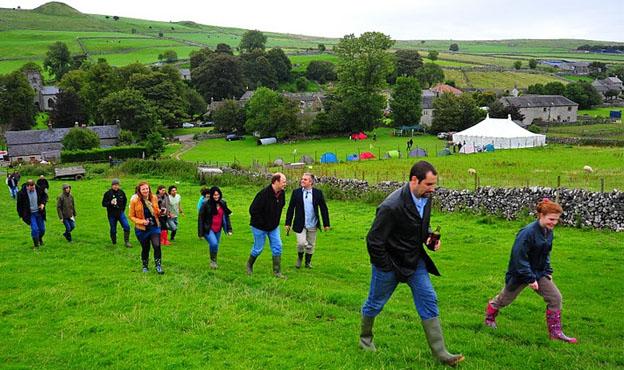 Accepted wisdom dictates that the world’s (or at least the UK’s favourite) wellies for festivals are the now iconic Hunter Boot – as first popularised by Kate Moss back in the heady days of the  mid-naughties, when everything she touched seemed to immediately fly off shelves in their thousands.

With summer perhaps at its zenith we thought we’d have a look at some of the other contenders in the competitive arena of festival wellies – if you move quickly there’s probably a good chance of snapping a pair of this season’s cheap hunter wellies.

Of course, these days the wellington boot is not solely a fashionably designed necessity for festivals, they can be worn year round to complete a look, or more simply to keep your feet dry when you’re out and about on a rainy day.

Famed for their super trendy – and once worn in – super comfy flip-flops, Havaianna threw its hat in the welly ring this year with a high profile launch of its first range of wellington boots. The launch part was held at a beach themed section of Selfridges, made especially for the occasion, and celebrities in attendance included none other than Daisy Lowe and Jameela Jamil – who presents on television.

We’re unsure as to whether they’ve been the smash hit of the festival circuit this year but a distinct lack of sightings in the press suggests that maybe the company’s forte remains its more open style of footwear.

These wellies do not have the mainstream appeal of their competitors, maybe it’s something to do with the slight horsey-ness of their products – they do a range of jodhpurs. That said, their wellies are really very nice (for want of a better word.)

There are lots of shades and colours and they manage to blend an outdoorsy feel with genuine femininity. Their floral patterns are particularly good and we also really like the Buttermere range.

So, while Sherwood Forest wellies may have not stolen Hunter’s crown this year, they could well be waiting in the wings with a chance to strike at some point soon.

This French brand has produced very classy wellies and their other clothing for well over a century, so in many ways they have carved their stylish niche and would probably see no point in trying to compete with Hunter on the festival front.

This is all well and good but they do produce some of the finest, brightest and plain funky wellies around – and while they don’t come cheap – a pair of Aigle wellies is one of the best ways of standing out from the crowd at a festival. But you never know they could be all the rage this time next year.

So – Hunter still reigns supreme but if you’re after something classy and different then you could do a lot worse than the three mentioned above.

Jonathan K Ross, the author of “The best wellies for festivals” is a welly fanatic, who loves nothing better than donning a pair of cheap hunter wellies and dancing around at festivals