Posted on in: Attractions, Green Travel|Jump To Comments

Take a look on a map of Australia and you will discover something startling about the State of Western Australia. A dead straight line running north to south divides it from its neighbors and the State looks like it takes up nearly half the entire land mass of the continent.

Much of that land is uninhabitable outback, but the southern coast of Western Australia is more than just habitable – it is delightful. Anywhere grape vines can grow is surely worth visiting and Western Australia has two wine growing regions, the Great Southern and the Margaret River.

The Great Southern wine region is located on the southwest tip of Western Australia and stretches for nearly 125 miles (200km) east to west across the coast and about half that distance inland. It is divided up into 5 subregions, including Albany, Mt Barker, Denmark, Frankland River and Porongurup.

That’s obviously a lot of territory to cover for a wine tasting weekend, so if you’re headed in that direction, you might want to limit your weekend to the two largest centers, Albany and Mount Barker. If you have more time, the other subregions are really not that far apart from each other, so don’t rule them out, either.

Of these two wine growing areas, Mount Barker is regarded as the more important by wine connoisseurs. Its climate has been compared to that of France’s Bordeaux and the quality of its wine is held in equally high esteem.

The town itself is a small one, with a total population of less than 2000, but it can easily be reached from the larger coastal of Albany. Along with viticulture, the Mount Barker region is a major timber producing area and also produces a great deal of Australia’s wheat and canola.

Albany is a port city and with a population of nearly 35,000, one of the largest in Western Australia. Its climate is almost identical to that of the Mediterranean, so it is no surprise that wine grapes would thrive there. As the oldest settlement in Western Australia, it is of historical importance and retains much of the best of its 19th century architecture. 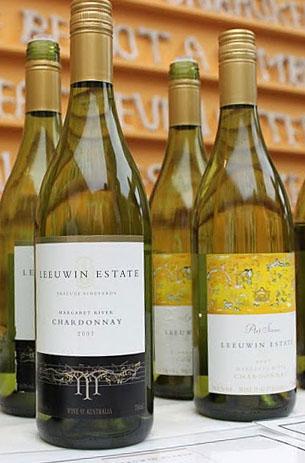 234 miles (378 kilometers) north of Albany, Margaret River is the surfing capital of Western Australia and is one of the favored coastal playgrounds for residents of Perth. International surfers and hose lucky overseas visitors who stumble across Margaret River often rave that it was one of their favorite discoveries in Australia.

A great way to explore the wine country of Western Australia and get to know this awesomely beautiful State better is to start your journey in Perth. Margaret River is 166 miles (268 km) from Perth and with an estimated half a million visitors per year, is not short of amenities.

Spend at least a few days there, enjoying the vineyards, the towns and the beautiful coast. You’ll want to be fully relaxed and ready for your drive to Albany, because there are some fantastic sights along the way, including the Tree top Walk in the Valley of the Giants, Elephant Rocks in William Bay National Park and the amazing coastal attractions in Denmark.

Sidney Morgan the author of “Visiting the wine growing regions of Western Australia” writes for “Hotels-Fairy.com” a hotel price comparison website, with tips and advice, like how to find the best accommodation when visiting Western Australia as well as worldwide.