A travel guide to lesser known attractions in the UK 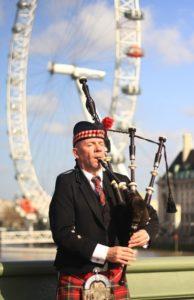 Most travellers who plan to visit the United Kingdom for the first time have in mind a dozen or so places or attractions in the UK that they would like to see.

Some very well-known tourist spots are around London, the Big Ben, the Buckingham Palace, the London Eye, etc.

But, if you really want to see and experience the true British culture and hospitality of which the Great Albion is well known, you have to leave London behind and become a traveller not a tourist!

Either of them will do and they will save you a fortune. Now you can set off and discover some of Britain’s hidden gems.

Quite often when we talk about famous British castles, the Alnwick castle comes first, obviously the Harry Potter, movie has done a lot to make this magnificent castle the first choices for many travellers. Almost a million visitors went to Alnwick castle last year.

However, if you wish to escape the crowds the little-know Barnard castle on the north of England is highly recommended. This 12th-century castle provides an amazing view of the river Tees. On the north east of Barnard castle is the city and county town of Durham, and on the east is the market town of Darlington.

Only a few hours away by rail, Dunwich is the ideal destination for a short trip or a long weekend away from London. Dunwich during the Anglo-Saxon period was a major trading centre with a very busy commercial harbour.

Unfortunately the unpredictable weather conditions and ferocious storms that hit the East Anglian coast forced its inhabitants to evacuate the town on a numerous occasions through the centuries.

Due to coastal erosion Dunwich’s population has been forced to relocate and these days less than 200 people live in Dunwich. 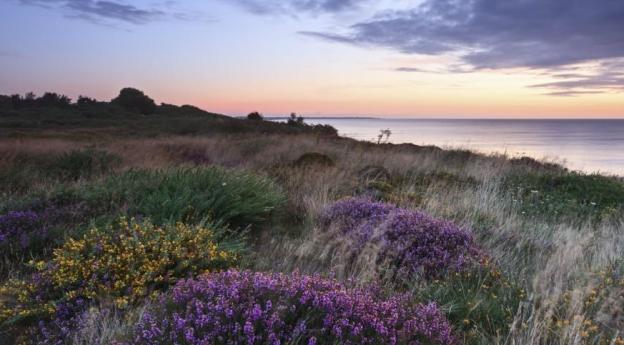 If all that walking makes you feel a little peckish, head towards the Coastguard cottages, there you will find a small café that serves tea and freshly ground coffee with a wide selection of delicious homemade cakes.

Next door you will find the Dunwich Heath souvenirs shop to purchase some souvenirs and gifts for the family and friends back home. 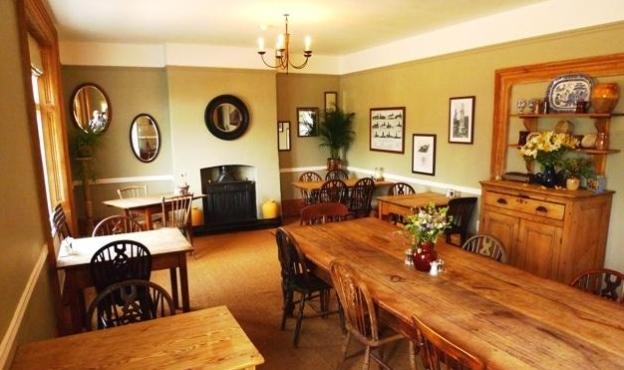 For a long weekend in Dunwich we highly recommend The Ship Inn Hotel Dunwich a small traditional and cosy guest house just a short drive from Westleton but within a walking distance of Dunwich’s well-known attractions and landmarks.

Lansallos is a small village and civil parish in south Cornwall that attracts many British holiday makers as it is well known for its stunning beaches. 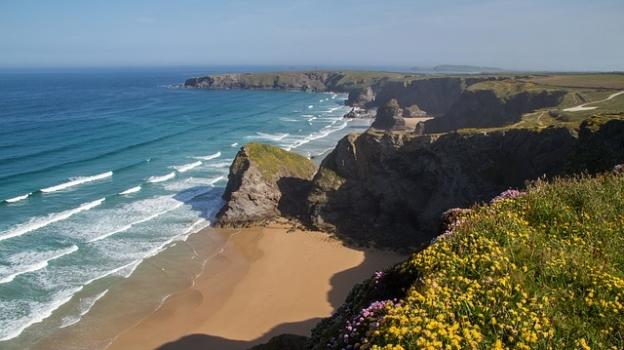 The Lansallos beach is small natural sandy beach easily accessible to visitors by the footpath next to the St Ildierna’s Church. The longest beach is at Lantic Bay, a beautiful horseshoe shape of beach with a steep climb back up to the coastal footpath.

If you decide to get down to either beach, be aware of the high and low tides in the area so you don’t get caught out. If in doubt ask one of the locals, they will be happy to advise you.

Most people travelling to Britain, are aware of the Blackpool Pier and the Brighton Pier, they are both well photographed and documented in the media, the Clevedon Pier is less well known.

The Pier located in the town of Clevedon, in Somerset and it was built during the Victorian times as a docking station for the passenger steamer from Devon and Wales.

The Clevedon Pier is 312 meters long and 5 meters wide. The whole structure is designed with metal beams and wooden planks for decking, it stands just 4.30 meters above the sea level.

There are a number of hotels and B&B within a walking distance to the Clevedon Pier, the Highcliffe Hotel Clevedon as well as the The Moon & Sixpence offer comfortable and reasonably priced accommodation. 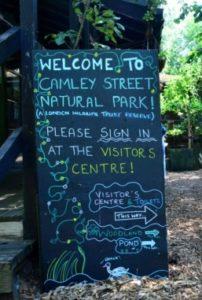 Our last suggestion is the Camley street natural park, and there is a good reason why we left it for last. Not because it is inferior to the rest of the attractions but because it is easily accessible by foot. No need for a rail pass or a long distance coach ride.

The Camley street natural park is located in the centre of London just off  the King’s Cross rail station.

So once you are done with the Museums, shopping centres, pubs and cafes, head over to the King Cross station, then just a five minutes’ walk off the station and you will be into an amazing oasis.

The Camley street natural park is managed by London Wildlife Trust and is the habitat of a number of different and rear birds, butterflies and bees all spread across two hectares of land.

The park runs alongside the Regent’s canal where you can see narrow boats, ducks, geese and moorhens. There is also a small visitor’s centre with a cafe and toilet facilities.

So if you really want to have memorable holidays in the UK, full of British history and culture then try our five suggestions above.

These suggestions would not be found on the mainstream travel guides but these lesser known attractions in the UK encapsulate the rich British heritage through the centuries, unique, unspoiled and picturesque, the very best of Great Britain.