Top Driving Routes in the UK

Picture the scene, it’s the crack of dawn, the sun has yet to rise and you”re in some strange hotel car park in Dover. The air is full of morning chill. Groups of half asleep, tourists are queuing to get their places on the coach for another day of rushed site seeing.

The only person fully awake is the over cheery tour guide and just as he is doing his head count, you realise seats 59 and 60 are missing! There is a collective groan as the coach guide announces you’re delayed for another half an hour.

A Sightseeing tour by road doesn’t have to be this painful. There is a way to escape the delays, loud passengers and brief glimpses of the popular sights. Why not rent your own car to travel in?

You can discover the country at your own rate, there are no early wake up calls (unless that”s what you’re into) and you are surrounded by people you actually want to spend time with. You can travel at your own pace, see what you want to do.

The UK is renowned for having some incredibly scenic drives. There are many breathtaking routes to take around the country and below are some of the top driving holiday destinations to explore.

Happily situated in the South-west of England, Cornwall is home to an array of picturesque cliff tops and sandy beaches. The quaint little towns are steeped in history and are a joy to drive through and stop off for a spot of afternoon tea.

Whether you are in the area to hike, surf or sightseeing, Cornwall has plenty to keep the whole family entertained. One of the most awe inspiring drives has to be the B3306 stretching from St Just to St Ives.

This winding road starts in St Just is the most westerly town in the UK and has been previously named the best leisurely drive in the UK.

If you want to see some sights further north than the southern coast, why not take a drive along The infamous Lake District, a mountainous part of the UK located in the North West of England.

Artists such as Turner and Ruskin have been influenced by the scenery and created some of their greatest works and writers such as Wordsworth and Potter are said to have ben inspired. Thanks to the beauty of the Lake District, it’s truly the perfect setting to explore by car.

There are many great drives in the Lake District, but quite as beautiful as the A6 over Shap Summit, between Kendal and Penrith. The route is an easy ride full of smooth roads and great views of the moorland either side. 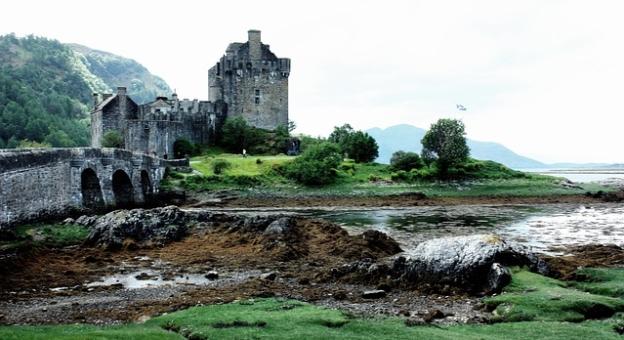 The Scottish Highlands are synonymous with the words natural beauty. The area is full of rolling hills, ancient castles, glens and lochs. Keep an eye out for the Scottish Gaelic Niseag aka the Loch Ness monster, lurking in the waters.

Throughout the region you’ll find ancient historical sites of stone circles and old battle fields with the English scribblings dating back thousands of years. A highly recommended driving route in the Scottish Highlands is the A827 from Killin, a spectacular mountain-fringed village to the ye old market village of Aberfeldy, on the banks of Loch Tay.

If you follow the route, you’ll pass the breath taking views of Loch Tay on one side and the highlands on the other. It’s guaranteed to be a stunning ride.

What do you guys think? Do you know of any really interesting stretches of road that you would like to recommend? Leave your suggestions in the comments below!