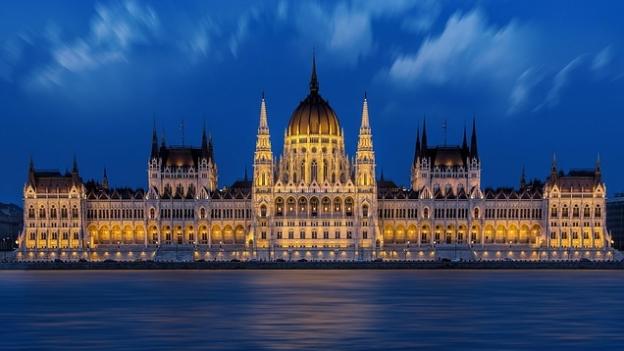 Budapest, the capital of Hungary, is better known as the “Paris of the East” for its fascinating monuments, ancient buildings and historic cafés.

To better benefit from its unique atmosphere, many visitors decide to book a high ceiling apartment in an ancient building of the historic centre of Budapest. It’s an old practice, safe and cheap.

Budapest is composed of 2 parts: BUDA, hilly, calm and ancient (a desert after 5 p.m.) and PEST, modern, frenetic, full of life, best restaurants, cafés and amusements (the ideal place to stay during your holidays).

1. Castle Hill with the Buda Royal Palace, the Fishermen’s Bastion and the Matthias Church
I have decide to put together all these important attractions of Budapest, as they are all located in the same area. You can reach this part of Budapest taking a dedicated bus from Deak Ter. This part of Budapest offers also a panoramic view of the Danube, Budapest bridges and over Pest. 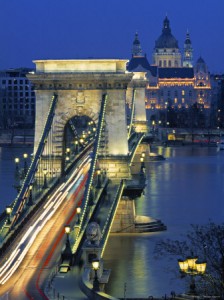 2. Parliament House
The Parliament is in Pest side. The Parliament organizes free guides for European citizens. I suggest to go very early in the morning at the Parliament to have your visit. Limited number of visitors.

3. St István (Saint Stephen) Basilica
in pest side. Do not forget to view the ancient reliquary (the right hand) of the Saint.

Unique the experience of having a bath at open air during winter, better with snow falling! Other important Thermal Baths are: Gellert and Rudas. 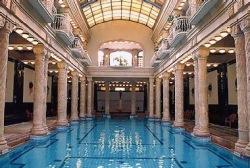 7. Andrássy Avenue
for its beauty, Andrássy Avenue has been declared Humanity Patrimony from Unesco. Do not forget to walk along this avenue, admiring its ancient and elegant buildings.

8. The Opera Theatre
You can visit the Opera with dedicated tours organized by the Opera itself, but if you have the possibility of participating in a classical concert or opera, the Opera House will appear in ll its beauty.

9. Memento Park
It’s a big place out of Budapest with about 40 big statues from the communism period. You can reach this place buy public busses, but I suggest to use the dedicated bus from Deak Ter as you can waist a lot of time with public transportations. 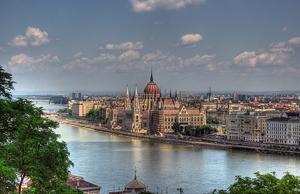 10. Vaci Utca and the big Coven market
Vaci Utca is the famous pedestrian street of the centre of Budapest. It goes from Vorosmarty Ter to the Big Cover Market.

More or less, all the districts of Budapest have there own coven market. But, for sure, the biggest and most famous market is the Big Coven Market, in Fovam Ter.

Stefano Vailati the author of the “Top 10 attractions in Budapest” is a world traveller and the owner of some really cozy apartments in Budapest city centre, he rents directly for short-term periods from his own website: www.dunaflat.com. Prices from euro 40 / day / apartment.