Everybody likes to be on vacations away from work and we all have our own special little ways of making our holidays more enjoyable and memorable. A holiday is a dream of a life time for many.

Cultural Tourism is one of the largest and fastest-growing global tourism markets. For many years it was undeveloped and on the sidelines as the main tour operators worldwide, where focusing on the mass market and developed their products accordingly.

In recent years many cultural travellers being unsatisfied with what was on offer have decided to go the opposite way, by using the internet they can now search on-line for places of culture, art, and history and book their flights and accommodation independently away from the main tour operators. They plan their own itinerary and create their own tailor maid holiday activities.

Today we present you five places in the world (some not very well known to many) where a cultural traveller will be hugely satisfied in his quest for history, art, culture. 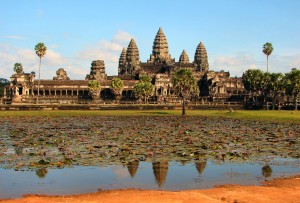 Angkor Wat is the largest Hindu temple complex and the largest religious monument in the world. The temple was built by a king Suryavarman II in the early 12th century in Yasodharapura the capital of the Khmer Empire, as his state temple and eventual mausoleum.
The temple was dedicated to the god Vishnu. The temple is at the top of the high classical style of Khmer architecture. It clearly represents one of humankind’s most astonishing and enduring architectural achievements. 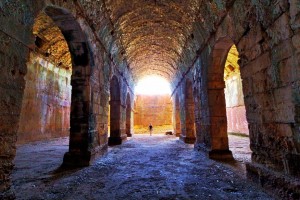 The ancient city of Aptera

Greece – The ancient city of Aptera

The ancient city of Aptera was build by Glaukos, The name Aptera, according to one tradition, derives from Apteron, king of Crete, who is said to have lived in the time of Moses around 1800 BC. Alternative legends claim the city of Aptera took its name following a musical competition between the Muses and the Sirens held in the Temple of the Muses. At the time of the competition the city was renowned as a center for musical expertise.

The ancient city of Aptera walls still standing today 3.480 meters long are reminiscent of the Cyclopean walls of Tiryns and Mycenae. One can also see the remains of a small 1st c. B.C. temple of Demeter, a Roman theatre and the enormous vaulted cisterns of the Roman era. 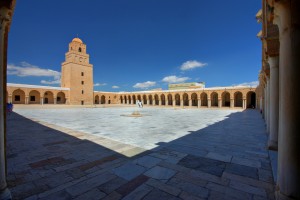 The Mosque of Uqba, also known as the Great Mosque of Kairouan is one of the most important mosques in Tunisia, situated in the UNESCO World Heritage town of Kairouan. Built by the Arab general Uqba ibn Nafi from 670 AD at the founding of the city of Kairouan, the mosque is spread over a surface area of 9,000 square meters and it is one of the oldest places of worship in the Islamic world, as well as a model for all later mosques in the Maghreb.

The Great Mosque of Kairouan is one of the most impressive and largest Islamic monuments in North Africa, its perimeter is almost equal to 405 meters. This vast space contains a hypostyle prayer hall, a huge marble-paved courtyard and a massive square minaret. In addition to its spiritual prestige, the Mosque of Uqba is one of the masterpieces of both architecture and Islamic art. 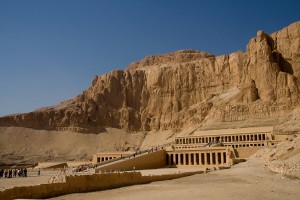 Egypt – The Mortuary Temple of Hatshepsut

The Mortuary Temple of Hatshepsut is the focal point of the Deir el-Bahri complex of mortuary temples and tombs located on the west bank of the Nile, opposite of the city of Luxor (ancient Thebes). It was built by architect Senmut at 1490-1460 BC at the order of Queen Hatshepsut, stepmother of pharaoh Thutmose III and the construction of the temple of Hatshepsut took fifteen years. The temple was dedicated to the sun god Amon-Ra.

The Citadel of Herat

Afghanistan – The Citadel of Herat

The Citadel of Herat also known as the Citadel of Alexander, and locally known as Qala Iktyaruddin, it is located in the center of Herat in Afghanistan. It dates back to 330 BC, when Alexander the Great and his army arrived to what is now Afghanistan after the Battle of Gaugamela. Many empires have used it as a headquarters in the last 2,000 years, and was destroyed and rebuilt many times over the centuries.