Strolling By the Banks of the Mighty Bosphorus in Istanbul

Istanbul is the most populated city in Turkey and spans both banks of the Bosphorus, which is the narrow strait separating the Black Sea and the Marmara Sea. The strait divides the city in two, splitting it between the two continents of Europe and Asia.

There are many different neighbourhoods in the large city of Istanbul that are worth exploring, and one of the most interesting is the region along the European banks of the Bosphorus. This area is home to many stately palaces, green parks, stunning water-view mansions, and quirky bohemian shops and restaurants.

Crossing the Bosphorus in Istanbul

While you are exploring this part of the city of Istanbul, you might find yourself needing to cross the strait to get to the other side. 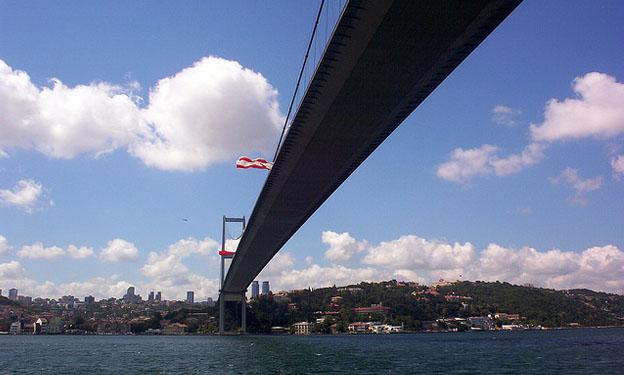 There are two bridges which connect the city across the Bosphorus Strait. The first is the Bosphorus Bridge which is on the south and is next to the Marmara Sea. The other is nearer to the Black Sea and is called the Faith Sultan Mehmet Bridge.

Both of these bridges require you to pay a toll to get across. They do not accept cash, and so make sure that you have an electronic card handy.

There is also a modern sea-tunnel tram line which crosses below the Bosphorus, and it is known as the “Marmaray”. You can also cross the Bosphorus in Istanbul by boat, as there are several ferries which take passengers back and forth between the Asian and European sides of the city.

The ferry crossing will usually take about 20 minutes, and the view is wonderful! There are also small sea-buses which are faster than larger ferries. 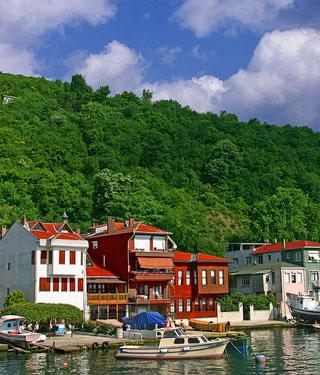 A great way to get a perspective of the city from the water is to take a Bosphorus Cruise. As you glide slowly along the water, you will see all of the beauty of the banks passing you by and admire the old wooden Ottoman houses, ornate palaces, spectacular bridges, and medieval castles.

The cruise boat is an adventure in itself, and some vessels will feature loud traditional music and a party-like atmosphere.

What Will You Find Along the Banks of the Bosphorus in Istanbul?

During your visit to Istanbul, head to the banks of the Bosphorus Strait and discover some of the most interesting areas of the city!

Jim Dean the author of the “Strolling by the banks of the mighty Bosphorus in Istanbul” is a travel blogger who loves to write about holiday destinations and tips. He also writes for Etihad Airways who fly to Istanbul.