Take a Step Back in Time and Visit Historical Gettysburg

In rural Pennsylvania, just an easy drive from suburban Washington, D.C., Baltimore, MD, or Philadelphia, PA is where an important, nation-defining took place in July 1863. A visit to the small hamlet of Gettysburg allows you to step back in time.

Consider Gettysburg as important vacation destination for your family as you would Disney; Gettysburg vacations are accessible, fascinating, and educational for the expert as much as for the lay-person.  Obviously one of the key, as well as scenic, attractions is the Gettysburg National Military Park; another great activity is to tour the homes and town of the 1863 citizens of Gettysburg. You can even walk in the steps of President Abraham Lincoln and visit the Gettysburg Soldiers’ National Cemetery.

There are many historical sites to visit such as General Lee’s Headquarters where the Civil War Museum is located. This is the headquarters of Confederate General Robert E. Lee where Lee and others planned the Battle of Gettysburg. The Eisenhower National Historic Site is close to the Battlefield and was President Eisenhower’s home and farm. The Historic Gettysburg Train Station was a field hospital during the Battle. On November 18, 1963, President Lincoln arrived there by train for the dedication of the National Cemetery.

Annual special events in Gettysburg are one of the many exciting things you can learn about by viewing the visitors guide. The Adams County Fruit Growers Association hosts an Annual Blossom Festival the first weekend in May. The Gettysburg Anniversary Committee is an annual three-day reenactment event with battle reenactments each day, a live mortar fire, Sutler village, living history, and delicious food. 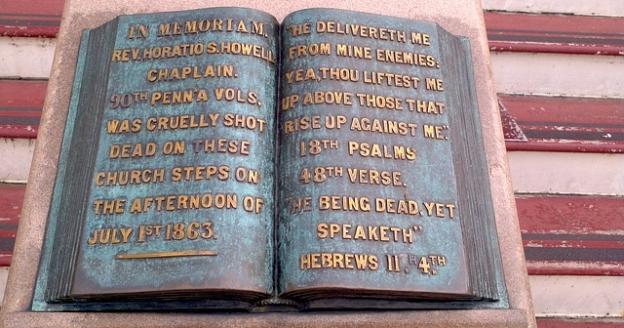 Upcoming events in Gettysburg include the Gettysburg Bike Week 10th Anniversary from June 7-10. A mystery thriller with three possible endings, named “It Could Be Any of Us”, will be showing at the Totem Pole Playhouse from June 28-July 10. Motorcycle Madness at the Wax Museum will take place July 8-10 and will feature Vendor Village, music, Battlefield Tours, and more.

Information about Gettysburg vacations, directions to Gettysburg from different locations, and much more information can be found in a visitors guide. Gettysburg is easy to get to from many mid-Atlantic urban areas. Gettysburg is less than two hours from Washington, D.C. and Baltimore (around 90 miles and 61 miles respectively; it is approximately a two hour drive from Philadelphia (around 140 miles), it is 210 miles from New York City.

Adam has been a travel guide for Pennsylvania in the historical Gettysburg since he graduated from university. A Gettysburg vacation is just the right thing for a patriotic family.