Scotland’s History and Culture – A Snapshot

Posted on in: Adventure Travel, Attractions, Destinations|Jump To Comments 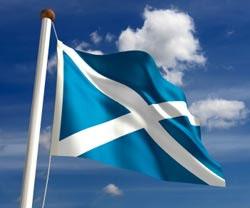 If you’re visiting the UK and looking for a holiday with a difference, consider visiting Scotland. Here’s a peek into its history and culture. Unless you hail from that part of the world, you may not realize that Scotland was once an independent Kingdom (well unless you’ve seen Braveheart, that is) and didn’t become part of what is now the UK until 1707.

Scotland’s national flag, the St Andrew’s Cross or Saltire, is the oldest national flag that’s still in use. It dates from the 9th century.

But even though it’s been more than three centuries since that happened, Scotland retains a great sense of history and unique culture which are well worth exploring. It’s got hills, valleys, lochs and islands and a wide range of climactic conditions depending on whether you’re visiting the Highlands and Islands, Lowlands or Uplands.

Though you might not think it, Scotland was once home to large mammals including the lynx, elk, brown bear and walrus, but you won’t find them there now.

What you will find are large seal colonies and a dazzling array of seabirds and other birds, including ptarmigan, gannets and the golden eagle as well as the Scottish Crossbill, unique to this area. Other wildlife you might spot include the mountain hare, pine marten and red squirrel. 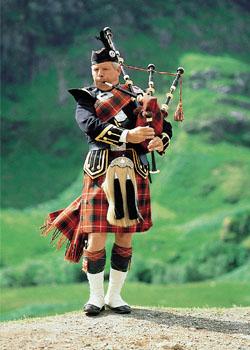 If you ask outsiders about Scottish culture, they will probably mention bagpipes, but there’s much more to Scotland than that iconic symbol.

Bagpipes are a traditional instrument to be found in the country dance bands beloved in Scotland, but there are others as well, including the harp, fiddle and accordion.

Folk songs and Gaelic singing are also a key part of the Scottish cultural experience.

When it comes to food, you don’t have to worry about eating sheep’s intestines (haggis) if the idea doesn’t appeal. Instead, enjoy one of the many other traditional Scottish foods.

There’s healthy Scotch broth, as well as Cock-a-leekie soup, kedgeree, kippers, herring and smoked salmon. Scotland is also famous for its game, so you can enjoy venison, mutton ham, mince and tatties, Scotch pie, square sausage and much more. And let’s not forget oatcakes, Dundee cakes and delicious shortbread.

Finally, let’s not forget the kilt. Originally worn by men and boys in the Highlands in the 16th century, the garment is now part of Scottish culture as a whole, and every clan has its tartan for use either on formal occasions or, more recently now, in everyday use. This is perhaps one of the most striking symbols of Scottish culture.

Sharon Galler the author of the “Scotland`s History and Culture – A Snapshot” loves shortbread. She writes for Scottish Hampers, which provides Xmas food hampers.