The Best Nightlife in Berlin

Berlin has a well-deserved reputation as being one of the most diverse cities in Europe when it comes to nightlife. Some of those who appreciate the nightlife in Berlin consider it arguably the hippest city in the world in terms of clubs, bars and other nocturnal events that keep locals and visitors alike coming back for more.

The city, once known to previous generations as a place literally divided by eastern and western influences, has turned into one of the most eclectic and diverse spots in the world in terms.

It is often said that New York City is the city that never sleeps, Berlin has no problem keeping things going well into the night either. 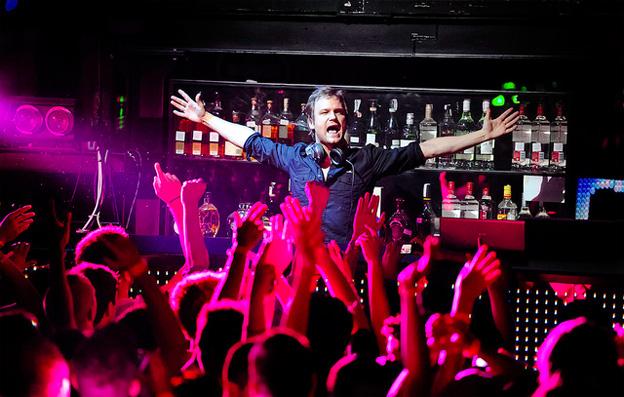 Nightlife in Berlin – Image by GoTell

Berlin is often ranked with Amsterdam as one of the most liberal cities in Europe in terms to the wide variety of choices when looking for something to do when the sun goes down. Nightclubs in Berlin include everything from techno and alternative themes to rock and rave. Some of the most popular clubs in Berlin feature a little of every style, although techno still rules in most clubs in the city.

• Matrix Berlin (WarschauerPlatz 18) – You won’t find anything from the movie here, but five separate dance floors keep the action going all through the night. Music styles include R&B, house, hip-hop, soul and reggae.

• Watergate (Falckensteinstraße 49) – Offering a view of the Spree River, this club has become a local favourite in recent years. Electronic and house music are the preferred genres here.

• Big Eden (Kurfürstendamm 202) – This where you are most likely to spot some celebrities. Think of it as Berlin’s version of a Hollywood hot spot. Even if you don’t see any stars, the club’s signature light show and non-stop music will keep you entertained.

• SO 36 (Oranienstraße 190) – If you’re looking for variety, you can find here. One night might be techno, while another may be trance, disco or reggae. Throw in some balloon dancing on certain nights and it is easy to see why this club is such a popular attraction.

• KnaackKlub (GreifswalderStraße 224) – This club and bar, located in the heart of Berlin’s hottest club district, offers fun dance music ranging from aggressive electronica to jazzy pop. The Dizzy Lounge, found within the club, includes a fancy restaurant and game area for those looking for more upscale fun. 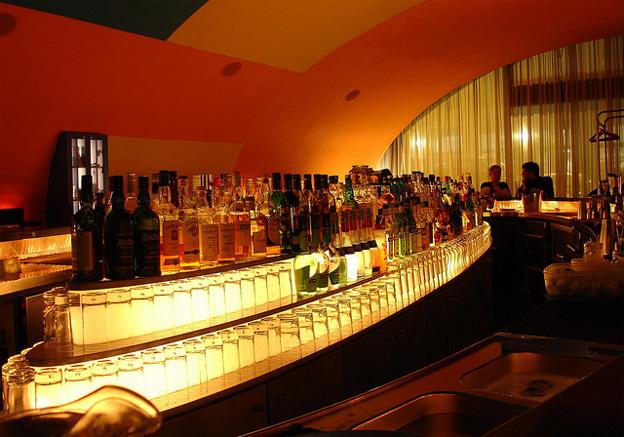 Berlin, like many major cities in Europe, has a diverse collection of bars catering to a wide variety of patrons. Granted, some are more on the “wild’ side, but there are plenty perfectly suited for the laid-back patron looking for a more relaxed nighttime experience in Berlin. Some of Berlin’s most popular bars reflect the diversity found in this city.

• Green Door (Winterfeldstraße 50) – Yes, there really is a door painted green. This charming cocktail bar includes a variety of tasty drink creations. Add to that a decor right out of the 1970s, and you’re in for an experience to remember.

• Saphire Bar (Bötzowstraße 31) – This whiskey bar offers a more intimate setting with leather couches and a decor to match. Proudly boasting the largest collection of drinks in Berlin, you’ll find more than 300 drink selections on the menu.

• Riva (Dircksenstraße 142) – According to an Internet poll, this is the Best Bar in the World. This trendy cocktail bar, named after Italian soccer legend Luigi Riva, presents simple decor in a colorful setting with bright yellows, purples and reds. The drink selection is just as diverse as the decor.

• Bar Am Lützowplatz (Lützowplatz 7) – Even being home to Berlin’s longest bar doesn’t guarantee a seat here on a busy weekend. Your best bet is to enjoy the comforting seating along the back wall while sampling a hearty selection of drinks.

• Harry’s New York Bar (Am Lützowufer 15) – Proving that there is a bar for just about every taste in Berlin, this bar caters to the professional crowd. In a nod to its American name, paintings of U.S. presidents are found on the walls. More than 200 drink selections are offered in one of Berlin’s most elegant bar settings.

The only real downside to nightlife in Berlin is figuring out how to navigate your way around the city. Berlin is a large city with over 300,000 permanent residents and many more visiting on weekends to enjoy the nightlife.

The Mitte district is considered a prime spot to find the hottest nightlife in Berlin. Top venues in this area include King Kong Klub, Kaffee Burger and Weekend. As Mitte becomes more “touristy,’ true nightlife seekers are turning to areas of Berlin such as Prenzlauer Berg and Friedrichshain.

Club Maria and Spindler&Klatt are two popular clubs in this part of town. If you’re new to Berlin, heading to some of these popular spots should lead you to some more discoveries not likely to disappoint.

Sol Hudson is interested in a wide range of topics – from nightlife in Berlin to guest blogging itself, and he blogs about all of them, contributing frequently to a number of different publications.