Best Las Vegas Nightclubs For People Who Don’t Like Nightclubs

For the poor men who would rather have a beer at a dive bar, but for one reason (women) or another (women again) are forced to club it up, here are a few places that will elicit the least painful Las Vegas nightclub experience. 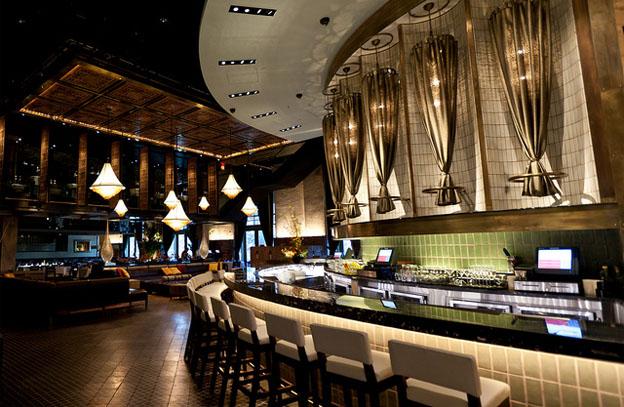 Lavo is unassuming. The line is never too long unless there’s some celebrity party or special occasion. The dance floor is usually packed with people who want to dance and not people who want to stand in a tight circle and whisper to each other. It’s an intimate size, not a mega-club, so sometimes it can get overcrowded. What makes it a Nightclub For People Who Don’t Like Nightclubs (NFPWDLN) is its “Old School Wednesdays” where a hip-hop artist from the old days comes and spins classic tracks.

Las week it was KRS One and next week it’s Rev Run. Slick Rick and Black Sheep have both been guest DJs. If you like old school hip-hop, you’ll love Old School Wednesdays at Lavo. 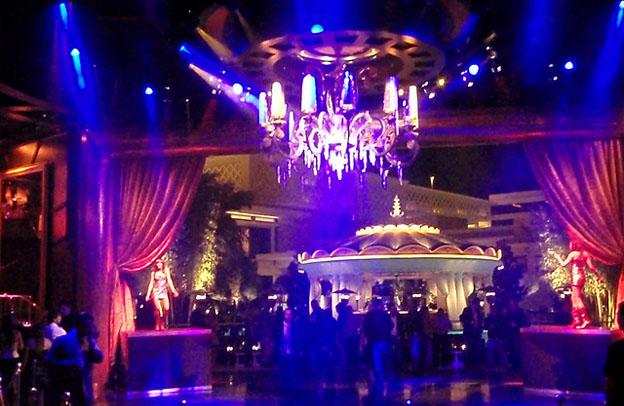 Xs is exactly what its name implies, huge, over the top, and completely unnecessary. It’s also gorgeous. One thing that people who don’t like nightclubs don’t like about nightclubs is the music, that horrific house music that can only be described as a cacophony.

Encore is nice because it’s so massive you can escape from all that and go have a drink by the pool. The outdoor portion with the pool area is a big advantage for Xs because it gives us forced clubbers a chance to just go pretend we’re not at a club, but rather a pool party with a few thousand of our closest friends.

If you’ve been dragged to the club and would rather be gambling Xs has outdoor blackjack tables with waitresses that bring you complimentary drinks. You can let your girl hit the dance floor while you slide out to the tables. 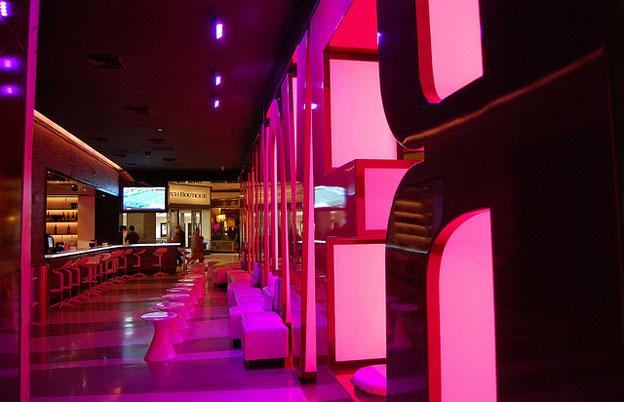 The Beatles Revolution Lounge is the lounge at the Mirage that has a very relaxed, Sgt. Pepper feel to it. There’s all kinds of trippy features, like tables that leave glow in the dark hand prints when you touch them, a light show on the wall behind the bar, and the weird mix of older and younger people.

Sunday nights can be a little confusing if you weren’t told before hand that Sunday Night is also known as “Closet Sundays” and Revolution turns into a gay club. (Not that there’s anything wrong with that) 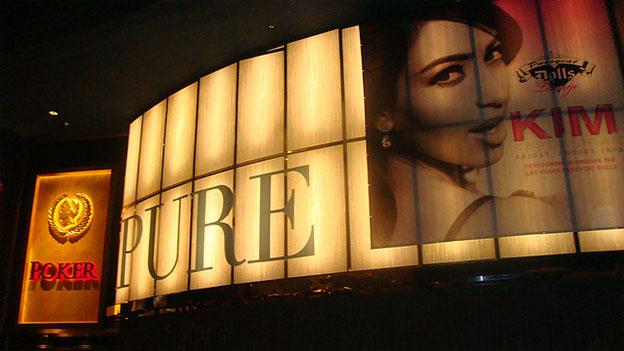 Inside, Pure is like any other club in Las Vegas; an overcrowded dance floor, section after section of VIPs, VVIPs, and VVVIPs, overpriced drinks at an overcrowded bar that is impossible to maneuver through. However, if you go to the rooftop part of the club, it’s actually a nice view of the strip and more like a rooftop after party than a Vegas nightclub.

Did I once get kicked out of that rooftop for activity I cannot mention? Maybe. But I was having a good time before then.

We can’t have a Beatles inspired lounge without giving some respect to the King, can we? The Gold Lounge gives a zoo-like impression, in that it is decorated with animals like horses, ponies, and monkeys.  The menu even has an “Elvis would eat that” motif with jelly donuts and sushi. If you aren’t getting enough of the King at Gold Boutique, head on over to Cirque’s Elvis show across the hall.

I hope this article helped you get through your forced venture to the Las Vegas nightclubs. As always, I’m here to help.

Kevin O’Connor the author of the “Best Las Vegas Nightclubs” is journalist, a travel blogger and a long term residence in Las Vegas.