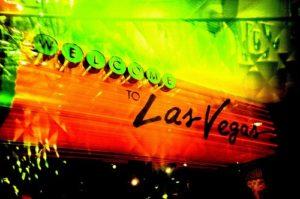 Rick Thomas performs his mind-boggling show at Planet Hollywood Casino on the Strip, in front of an awestruck crowd. He begins the show by coming on stage in a Harley Davidson surrounded by gorgeous assistants.

He is known for his Incredible Shrinking Tiger illusion, in which he escorts Samson, his full-grown white tiger into a box labelled “Wild Animal,” and then shrinks it in size.

The Bengal Tigers in his program are royal and magnificent. Some guests have the opportunity of a lifetime to stand face-to-face with the enormous beasts. 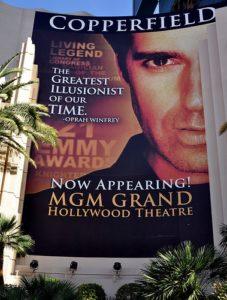 Playing at the MGM Grand, The Magic of David Copperfield is sure to dazzle. Copperfield performs uncanny illusions, including one in which the entire audience is transported to a deserted island halfway around the world.

He also recreates his illusion of Walking through the Great Wall of China in Vegas. The feat is accomplished by having a metal sheet placed on a raised platform, and he lies underneath it while his assistants hold a sheet over him and the platform.

Within seconds he miraculously appears on the top of the sheet. Copperfield began performing magic tricks at the age of 12 and has his own star on Hollywood Boulevard!

Burton’s Comedy Magic at the Flamingo show is one of the best deals on the Strip and is very entertaining. The shows are fast-paced with music, dancing and spectacular illusions. Burton began performing at the Flamingo in 2008 and has been dazzling audiences since.

Some of his tricks include the “Microwave of Death” escape, and crowds also can see him escape from a straight jacket. Burton’s show is one of the more comical magic shows on the strip. 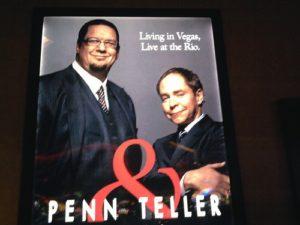 Another baffling trick involves Penn removing glasses from the face of an audience member and placing them in his pocket. They magically appear on Tellers face, which was covered in a wooden box the entire time.

Teller also makes coins emerge out of a clear tank of water, puts them back in, and a goldfish takes their place. Their show ends with the trick, The Double Bullet Catch, in which they shoot bullets at each other, and both come away unscathed. Their show leaves guests absolutely amazed.

Performed at Harrah’s Las Vegas, the Mac King of Comedy Magic Show begins with a rope trick and quickly moves to a card trick. Other tricks include figs, a fishing rod and many more remarkable illusions. It is a fun show for the whole family.

For people who love magic, Las Vegas is the place for you. It’s a whole new level of magic, amidst the lights, glitz and glamour of this desert jewel.