When it comes to business, entertainment or just a wonderful experience, Havana is the place to be in Cuba. The capital city of this fantastic country, Havana city is also the largest city on the island and lives up to its reputation by being the political and financial capital of Cuba as well.

Three massive ports and a whole lot of industries make this city a real-powerhouse in the global economy.

Havana has had a torrid and violent history, since the Spanish established the city as a major shipping port. The Spanish used the port as a stop-over for their galleons, as they raced to conquer South and Central America. The English, French and Dutch attacked Havana, forcing its conversion into a fortified city.

Being older than five hundred years, there are some fantastic buildings and castles that are reflections of that wonderful past. From Neoclassical to Colonial & Baroque and from Art Deco to Modern high rises, Havana city has it all.

There are a number of massive landmarks such as the Fortaleza San Carlos de la Cabana, a massive structure built to defend the port-town from its invaders, in the 18th century. El Capitolio Nacional or the Senate and House of Representatives are a fantastic example of the city’s architecture, with its massive dome, size and the world’s third largest indoor statue.

The Great Theatre of Havana is the venue where the National Ballet of Cuba performs regularly, also the largest concert hall in the country. There is El Malecon Habanero, a wonderful walkway that runs along the northern shore of Havana, building a wall against the sea and invaders, all the way to Old Havana, Vedado and Centro Habana. 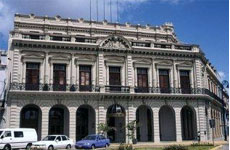 The Armadores de Santander Hotel, in Havana, is one of the prettiest hotels built right next to the harbour. The hotel is right next to the Saint Francis of Assisi Square while the Museum of Rum and Plaza Vieja is within a short walk.

There is the House of Alexander, another fantastic location that’s minutes from the hotel while the airport is just a few miles away.

The Armadores de Santander Hotel has all possible amenities, for guests, in their rooms. While the hotel is already surrounded by dining and shopping areas, there is a great restaurant inside, for guests at the hotel. The bar and kids’ club are also a great place to relax for adults & children, respectively. 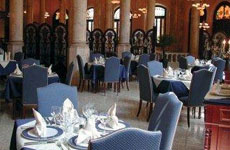 The Raquel Boutique Hotel is placed in the heart of the Old Square district in Havana. With attractions, like the Plaza Vieja, right next door, the hotel is ideal for tourists looking for a nice walk through Havana’s magical streets.

For those in town on business, the Miramar Trade Centre is just a stone’s throw from the hotel, as is the international airport. The hotel is well connected through public transport and is one of the most popular rest-stops in Havana city.

The hotel has just 25 rooms, but each comes with fantastic luxurious amenities and a whole bunch of modern technological marvels. There is a wonderful restaurant and a roof-top solarium to add to the fitness centre and spa. 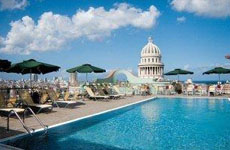 Located near the Gran Teatro de la Habana, the Saratoga Hotel is one of the best places to stay at, if its tourist-spots you wish to see. The Partagas Cigar Factory is visible from the hotel while almost all historical locations are within a short walk of this brilliantly placed hotel.

The rooms, at the Saratoga Hotel, are luxuriously designed to pamper the guests.

The fittings and furnishings are extremely posh, with a couple of fantastic restaurants serving delightful local and international cuisine. The hotel also has three well-stocked bars while those who’re looking for something different can just pop down to nearby shops & restaurants for the local Havana touch.