Fine Dining in the Heart of the UK – London Dining Guide

Posted on in: Food & Drink, Travel Tips|Jump To Comments

London is famous for many things, amongst them the sheer number of Michelin-starred restaurants throughout the city.  With so many London apartments available for short-term rental, it’s no wonder tourists flock to the capital for their getaways.  If you have the time (and the money!), be sure to check out one of these wonderful eateries during your stay in London.

Translated as ‘The other foot’, this restaurant is the sister restaurant to the equally splendid Pied a Terre on Charlotte Street.  Located in fashionable Marylebone, the restaurant has been gathering fans since its opening back in 2007.  The chef team is led by the very talented Andy McFadden, a real rising star on the culinary scene.

Simplicity has long since left the building and each dish is crafted with imagination and zest – art on a plate.  The menu is given the occasional shake up but currently the main to try is the breast of guinea fowl with a divine mushroom cream.  The baked Alaska pudding is equally delicious.  The restaurant is decorated with a contemporary chic feel with rose wood tables and wooden floors.  It’s not quite as pretentious as some other Michelin-starred restaurants so you may feel a little more comfortable here if you’re not used to showy surroundings! 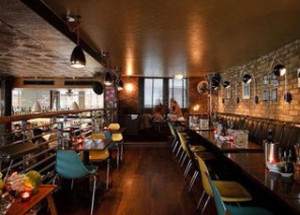 Almost terrifyingly chic, Gauthier prides itself on passion and expertise to create a sumptuous French gastronomy experience.  The modern twist on traditional French cooking has earned the restaurant many well-deserved fans – and accolades.  A real Michelin junior, Gauthier only opened its doors in 2010 but has grown in popularity due to the fashionable location of a Regency townhouse in Soho.

The current a la carte menu features a staggering five courses to choose from.  The fois gras royale starter must be tried, followed by the frog’s legs with crispy ginger.  Moving onto course three, the red mullet and capers really hits the spot and if you’ve still got room, try the guinea fowl and lobster: an unlikely combination that is surprisingly divine.  Whatever you go for, you can be sure that your dish will be crafted with the utmost care and flair. 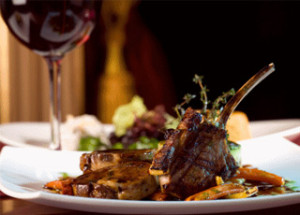 Located in the very exclusive area of Belgravia, Zafferano has been a popular eatery since it opened in 1995.  Boasting delicious Italian cuisine, this restaurant combines just the right amounts of gourmet touches and traditional approaches.

The ‘Malfatti’ pasta parcels must be tried, or if you’re in the mood for lobster and langoustine sautéed with samphire, let me tell you – it’s delicious!  In season, autumnal truffles can be sampled from a dedicated tasting menu.  The interior features rustic exposed bricks and contemporary furniture for a comfortable yet fashionable feel.

Since opening in 1991, The Square has been captained by co-owner and head chef, Philip Howard.  His style of cooking is widely complimented, bringing together carefully chosen seasonal ingredients and French-inspired haute cuisine.  The restaurant has been decorated in a refined manner to complement the superior dishes and choice of more than 80 of the world’s finest wines.  The herb-crusted saddle of lamb with shallot puree is probably the most outstanding dish on the current menu.  A visit to The Square will stay in your memory for years to come.

If you plan on experiencing some fine dining restaurants in the capital, you might want to top off the experience by staying in one of the many luxury London apartments.  Worldwide Accom have a wide range of apartments in London for you to choose from in a variety of exclusive locations.