Find New And Creative Music Around The Globe

Posted on in: Travel Technology|Jump To Comments 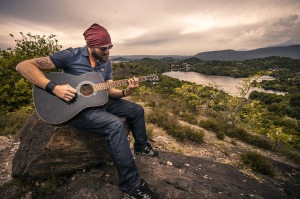 Around the world, there is a lot of creative music being developed. New sounds are being created every day within the different cultures.

Finding some of this music and embracing it may be easier than you even think. Within every country, music is being created and embraced by the populations. As you travel around the world or simply want to learn about what’s being created, you can do so by knowing where to look.

A lot of the music being created these days is being added to the Internet in order to mainstream the sounds. Techno clubs in Paris, jazz bands in New Orleans and drummers in Australia are all learning how to record their music digitally so that their music can be enjoyed across the cultures. This works to your advantage because you can find creative music a lot without having to book a plane ticket to experience the new sounds.

Many different apps and websites are all about creative music. There are apps on the iPhone and smartphone, such as 8Track, which allows people to share the music from their own country. There are also sites like Amazon and iTunes that contain not only the top performing artists around the world but many local bands as well.

Search engines can help you find creative music and tap into various sounds and melodies, as can YouTube. What music do you want to hear? Think about wind, percussion and the other instrumental sounds you enjoy. Then think of a part of the world or a culture that you want to tap into. Combining these two search criteria can produce a long list of new sounds for you to enjoy.

Where Music is Being Played 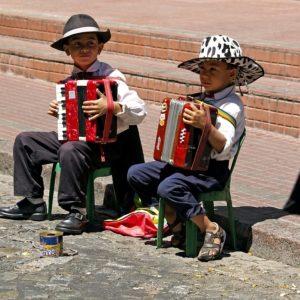 Music is being played everywhere. Some people are playing the music in their basements and garages, others are performing on the streets and others have been able to get onto a stage at a club. Much of this music is being recorded digitally and added to the Internet. However, there are also many advantages to listening to the music live, where you can see how the performers interact with their instruments, each other and the crowd.

It is not difficult to find creative music when you visit a new country, ask the locals where music is being played. They will steer you out of the tourist areas and into the heart of the music scene. There are streets in every major city where musicians will perform simply to share the music they have created. Often, you can hear this music without paying any money whatsoever.

Madrid, London, Morocco, Paris, Buenos Aires – regardless of what city you’re traveling to, there is a music scene. Your job as a tourist is to find out where the live music venues are and where the street performers usually perform. This gives you an opportunity to see the music you want to hear live without any interruption.

Music festivals can be another way to find some of the new and creative music being generated around the world. Often, the music festivals are headlined by one or two bands that you have heard of. The rest, however, are native to that country and act as the openers. There are usually two or three stages to enjoy the music and some of the festivals last for days.

The Travel Channel provides a list of different music festivals that are held every year. There are venues that range from Amsterdam to Mexico to South Africa, giving you a chance to experience music that is being created all over the world. Each stage is likely to produce a different sound and every band will have their own take on how to produce those sounds.

The live music festivals are loud and rowdy, but that can be a good thing because of the way you can surround yourself with the music and the culture.

Music is an art form that has been created over and over again for thousands of years. It is always evolving and many cultures have made significant contributions to the music scene. A sound you hear in a far off country may be the next big phenomenon to be heard on the radios – and you may get to say you heard it first.

Katelyn is a music and video sharing enthusiast.