Posted on in: Hotel Guides|Jump To Comments 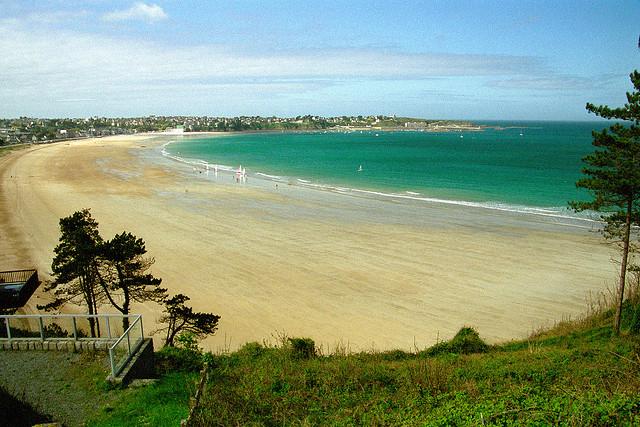 A city that lays in the Côte d’Émeraude, in the Ille-et-Vilaine department in Brittany in north-western France, Dinard is bustling tourist destination because of its fine beaches and very mild climate. Dinard is flooded by tourists, especially during summer time.

Find the best prices on all Dinard Hotels now…

Use our search box below to compare the cheapest hotel rates for Dinard Hotels from all the leading travel websites.

Hotels in Dinard are almost always booked, especially during peak season; it is imperative that if you plan to stay for a few days in the city, better look up the hotel price comparison list and check some Dinard hotels that offer the best deals and book in advance.

Many of Dinard’s Hotels are housed in large townhouses and combine historic character with some very stylish modern interiors, while all are close enough to the sea to give you some peace and fresh air.

Whether you’re looking for a cheap hotel in the town or a luxury hotel by the sea, Hotels Fairy will find you the hotel you want at the best price, so you can just sit back and enjoy your holiday.

The Amethyste Hotel is situated just a short walk from the town centre attractions and from the sea front, making it a great value choice for visitors to Dinard.  The rooms are ensuite, comfortable, and are fitted with TVs. The hotel’s bistro also provides guests with seasonal local cuisine using ingredients fresh from the local market. Rates begin at €63.

Grand Hôtel Barrière Dinard is a luxury hotel located near the center of the city. Equipped with the most modern amenities and facilities, the Grand Hôtel Barrière Dinard is not always open for accommodations. If you are looking to stay in this establishment, better make your reservations any day within May to October, as the hotel is closed from November to April each year. Rates start at €172.

Novotel Thalassa Dinard boasts of a great view overlooking the sea. The rooms are all fitted with the latest facilities and the rooms are well designed for comfort and modern living. The hotel has two restaurants, the La Goelette, which serves meals for health-conscious guests, and La Fregate, which treats visitors to French cuisine. The hotel also features a sauna, hammam and indoor heated swimming pool where guests can take a relaxing dip. Rates start at €168.

Other Hotels in Dinard

If you’re visiting western France then be sure to also check out our fantastic selection of La Rochelle Hotels and use our comparison tool to find the best deals.

Regarded by many as the “Cannes of the North,” Dinard is often heavily frequented with cultural icons, politicians, celebrities and Hollywood A-listers. Lawrence of Arabia spent his childhood in Dinard way before he became a hero in the Middle East. Pablo Picasso also lived and painted in Dinard. The great Winston Churchill also had some vacation holidays in the city.

It is the fine beaches of Dinard and its list of plush Dinard hotels that attract thousands of visitors. As like any coastal cities, Dinard’s nightlife is quite extraordinary. Every street has its bars and party people are just everywhere.  That said, there are also places that are great for sightseeing, such as the Museum de la Mer, a marine life museum.