Her Majesty, Queen Elizabeth II of the United Kingdom, is celebrating a rare anniversary throughout 2012: 60 years upon the throne to which she ascended after the death of her father, George VI, in 1952. The only British monarch to reign for a longer period was Elizabeth’s great-great grandmother, Queen Victoria, who sat the throne for almost 64 years.

Celebrations for Queen Elizabeth’s Jubilee will be held across Europe and around the world. For tourists, the Diamond Jubilee provides a perfect opportunity to partake in what is most elegant and exciting about society in the United Kingdom. 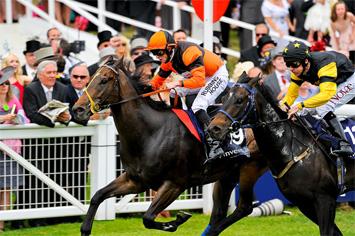 • The Epsom Downs Investec Derby Festival – This equestrian festival begins on the first, but Her Majesty will be in attendance on the second, as she has for many years. The Derby is the first stop on her celebratory tour. More information can be found at: http://www.epsomderby.co.uk/

• The Thames Diamond Jubilee Pageant – Up to a thousand boats from around the world will be decorated to the nines for this spectacular procession, and led by the Queen’s Royal Barge down the Thames River.

• The Big Jubilee Lunch – The lunch is a special project held in conjunction with The Eden Project, encouraging people across the UK to have lunch with their neighbors at least once a year to encourage a “sense of community, friendship, and fun.” This year’s special event is called “The Big Jubilee Lunch,” and is expected to involve record numbers of people across the country. Find further details at http://www.thebiglunch.com. 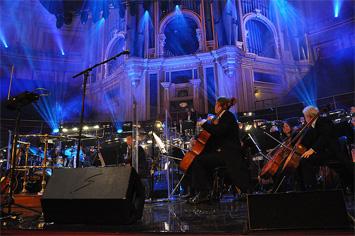 • The Queen’s Diamond Jubilee Beacons – All around the United Kingdom, 2,012 beacons will be lit to celebrate the Jubilee and the history of these great signal lights in British History. More information at http://www.diamondjubileebeacons.co.uk/

• The Service of Thanksgiving and Carriage Procession – Official observance of the Jubilee will conclude with a parade to and from St. Paul’s Cathedral, led by The Queen’s Carriage Procession. A special prayer has been written for the occasion, the text of which is available at http://www.stpauls.co.uk. Children from around the Commonwealth will gather to sing in the service with the Diamond Choir.

There are many unofficial events marking Queen Elizabeth’s diamond jubilee throughout the kingdom and around the world. Cook for the Queen, for example, is an event sponsored by the Duchess of Cornwall to encourage children ages 10 to 15 to submit menus they’ve developed to Buckingham Palace.

Winning schools will have their menus prepared by Royal Chefs and served at a special reception for the Queen. (http://www.2012queensdiamondjubilee.com/diamond-jubilee-events/cook-for-the-queen).

Prior to the official bank holiday, on May 10, 11, and 13th, 2012, there will be a Diamond Jubilee Pageant held on the private grounds of Windsor Castle, including displays by musicians, dancers, military, and others.

The Pageant has its own website at http://www.diamond-jubilee-pageant.com/. A special military presentation for Her Majesty and the Duke of Edinborough, as well as veterans and their families, will be held on May 19th at Windsor Castle. Members of the royal family are also traveling around the world on a goodwill tour in honor of the Jubilee.

There will be something for every taste during the Diamond Jubilee Celebrations: museum exhibits, environmental projects, digital projects, and more. The U.K. Public Services website provides more ideas and a guide to celebrations.

Stacy Dewald the author of “The Best Diamond Jubilee Events” is an avid fashion blogger and style critique and writes for Weekly Love Tips blog.