Budgeting For Travel In Southeast Asia

Posted on in: Travel Planning|Jump To Comments 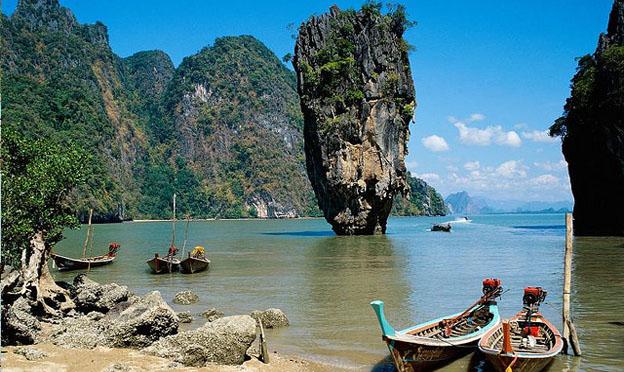 One of the many reasons that Southeast Asia is fast-becoming the most popular tourist destination in the world is the incredible value for money you’ll find in the region. If you’re planning a holiday to

and trying to form a budget, the good news is that it’s one of the cheapest places you can travel. From quality Vietnam hotels that come in under the $20 range to bungalows on the beach in Thailand for less than a meal would cost back home, accommodation is as cheap as chips, and don’t get us started on the food!

Here is a brief (and by no means comprehensive) guide for budgeting for travel in Southeast Asia.

If you’re trying to get your pennies to stretch further, then Myanmar, Laos, Thailand and the Philippines are going to be your best options. Your average meal in these countries will be between $3-$5, with bottles of beer coming in at between 10c and $1.

The low prices in these countries are what attract so many tourists each year, and while they may seem like a pittance to the average Western traveller, they equate to quite a lot in the average local’s yearly budget.

There is, sadly, a big discrepancy between rich and poor in these countries, and the influx of high-end westernized travel options has begun to take away from the lower end of the scale which has traditionally been the bread and butter of the local economy.

Countries that are a little more expensive (but still insanely cheap by western standards) include Vietnam, Indonesia (including Bali) and Malaysia. Food in these countries is still relatively inexpensive, but accommodation is slightly more up scale and therefore slightly more expensive.

Hotels in Malaysia can be incredible luxurious, and therefore have similar prices to western up scale resorts and hotels. Because of the overwhelming amount of western resorts in Bali, smaller hotels and hostels tend to be driven out of business, which drives the entire average price range up.

In addition to this, ‘five-star luxury’ has become the norm in many Balinese resorts and as a result things are getting to be more expensive.

While Southeast Asia is, in general, quite inexpensive, there are a few countries that challenge this assumption. Singapore, for example, is both a city and a country, and is one of the most expensive places to travel—not only in Southeast Asia but in the world.

The concentration of people coupled with the lack of room for expansion means that living in Singapore is generally expensive. Oil-rich Brunei is also an expensive exception to the rule in Southeast Asia.

Generally, your money will stretch further in Southeast Asia than most other destinations. Make sure you do your research however, and figure out exactly how much you’re going to need to budget.

Author Bio: Tom Mallet the author of the “Budgeting for travel in Southeast Asia” is an Australian freelance writer and journalist. He writes extensively in Australia, Canada, Europe, and the US. He’s published more than 500 articles about various topics, including travel insurance.