Posted on in: Attractions, share your stories, Travel Tips|Jump To Comments

With more and more couples getting married at older ages and paying for their own weddings, it is becoming increasingly common for people to try to reflect their individuality in their wedding ceremonies. One way that many couples do this through their wedding venue.

The trend began with weddings at vacation destinations, but now a growing number of twosomes are ready to tie the knot in the craziest, most bizarre places they can think of. Topping the list of unusual wedding destinations are the following five locations, which are all real places where people have gotten married: 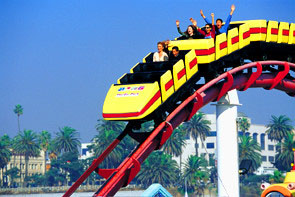 •On a roller coaster

Symbolic of the highs and lows of married life, the Cyclone roller coaster on New York’s Coney Island hosts several weddings each year. Ceremonies aboard the 83-year-old coaster generally take place at the platform, with guests packed into the coaster cars.

After the vows are exchanged, the newly married couple and all wedding attendees plunge 85 feet, whip around six times and plummet down eight more drops before screeching to a halt at the bottom of the iconic wooden twister.

•Atop the wing of a plane

When British postwoman Katie Hodgson and her sweetheart Darren McWalters decided to wed, they wanted a ceremony that was as crazy as them. They strapped themselves to the wings of separate planes in full wedding attire, flew into the air with a preacher flying backwards on a plane in front of them, and exchanged vows at 1,000 feet while guests listened from the ground via loudspeakers.

This wasn’t the first such marriage that Reverend George Bringham had performed, and considering the fact that over 100 couples applied for the sky wedding that was ultimately awarded to Darren and Katie, it likely won’t be the last wing walking ceremony to ever take place. 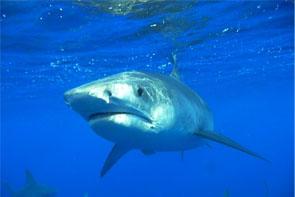 •In a shark tank

Although underwater weddings are becoming so popular that they can no longer even be considered bizarre, very few people have chosen to wed while surrounded by sharks. However, on June 6, 2010, that’s exactly what one couple did.

Using special helmets that allowed them to breathe and talk, Michael Curry and April Pignataro climbed into the 120,000-gallon shark tank at Atlantis Marine World and promised to love, honor and cherish each other while ten nurse and sand tiger sharks swam around them.

•On the pinnacle of Mt. Everest

It has been possible to book a wedding atop the highest mountain in the world for a while now. Many couples have attempted it, but only one has ever accomplished the feat.

In 2005, Pem Dorjee and Moni Mulepati, a Nepalese couple, climbed the peak with a secret plan to marry at the top. When they reached the summit, they took off their oxygen masks, said their vows and kissed in a quick ten-minute ceremony, and then headed back down the mountain to celebrate. 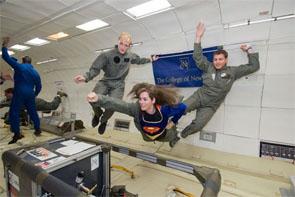 •In a zero-gravity aircraft

Getting married while floating weightlessly may not be fun for most couples, but for two affluent space enthusiasts, it was the ideal wedding experience.

In June of 2009, Noah Fulmor and Erin Finnegan completed their nuptials in zero-gravity conditions aboard G-Force One, an aircraft that offers weightless flights by flying in a parabolic flight path above the Gulf of Mexico.

The floating wedding was solemnized by the co-founder of Zero Gravity Corp, the company providing the flight, and ten people attended in blue jump suits.

Richard Perla is a Los Angeles based freelance writer, who writes for a number of US travel media about holidays abroad.