The Best Festivals from Around the World

They say that it is our intelligence and ability to use tools that separates us from the animals. But what unites us? Well the ability to party of course. You’ve heard the term party animal haven’t you? 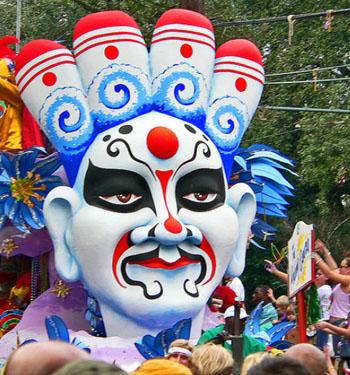 The human race has had festivities for longer than human history can account,t tracing as far back as tribal ceremonies around the fire. But as we evolve, so does the scale of our partying and celebration. From celebrations of life and death to grand revelries of harvest, find out what make up the top festivals and celebrations around the world every year.

Mardi Gras as the name suggests is of French origin; meaning ‘Fat Tuesday’. It comes originally from the catholic celebrations of the epiphany (the resurrection of Christ) and what is traditionally known in English as Shrove Tuesday.

A somewhat more subdued affair in English cultures, the French variation of Mardi Gras has spread around the world were the French have colonised and the most notable event takes place in the capital of the French colonised Louisiana, New Orleans.

Mardi Gras has evolved from the traditional catholic roots into an all-out celebration with more basis in its slogan ‘Laissez les bons temps rouler’ (Let the Good Times Roll). With the streets or New Orleans teeming with party-goers of all origins this isn’t a party where anyone gets left out.

Attracting Americans and tourists in droves every year; drinking, partying and trading beads with women for a topless flash, let the good times roll indeed.

Everyone has heard of the Rio Carnival. Starting around the same time as Mardi Gras each year and ties to the same religious festival, Carnivale is another celebration that has flourished far beyond its subdued Christian roots. 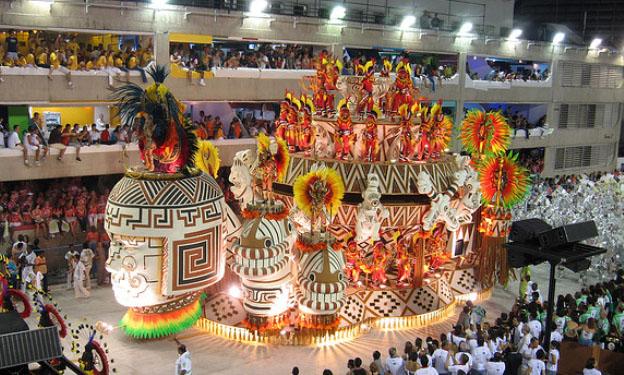 The Carnival is a massive celebration of love, dancing and music in the most vibrant colours you are ever likely to see. The street carnival is made up of brightly coloured floats and some of the most beautiful Brazilian women you are even likely to see in attire like a bird of paradise.

Once you reach the beach and street parties, rest assured you’ll think it is paradise as the samba music and revelry extends long into the nights with all welcomed by the locals and carnival professionals alike.

A quick jump back across the pond and we reach Edinburgh, Scotland for the Fringe Festival. Established back in 1947 it may not have as long a history of some of the other festivals from around the globe but the city it’s built on certainly has.

The castle and winding Old Town streets of Scotland’s capital make it an enchanting place to hold the world largest arts festival. 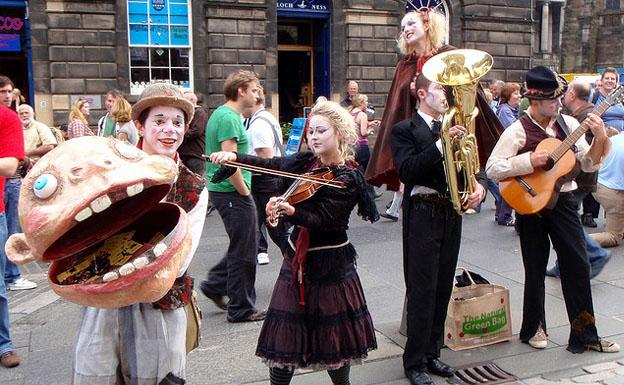 For the month of August the festivities set the city alight with street performers, comedians and showmen from all corners of the world coming to make their name or just enjoy the abstract artistic revelry of a city full of inspiration. Throughout the city underground bars, clubs and outdoor areas become the playground of aspiring artists as the city kicks into overdrive and the night life lives on until 5 am with extended bar and club licenses. 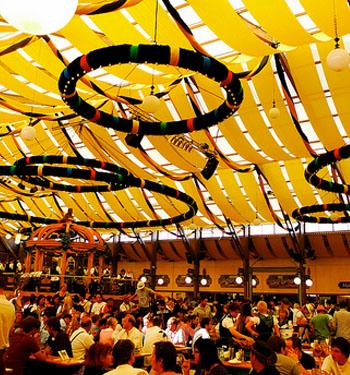 Starting in September and ending in the early days of October, Oktoberfest is quite simply a celebration of Bavarian beer and to a smaller degree Bavarian culture. Mostly beer though.

Taking place in Theresienwiese (a field within the centre of Munich), Oktoberfest sells only Bavarian Munich beer of the highest quality that makes up the selection of Oktoberfest Beers approved and trademarked by the Club of Munich Brewers.

The festival involves a great deal of drinking, singing and dining on traditional German foods from sausages, pretzels, dumplings and Sauerkraut. This is truly a hearty festival for hearty individuals.

These are just a taster of some of the great festivals that the world has to offer. The world itself is a giant international festival so try new things, new foods and new cultures. And always remember to party on!

Kevin Gallagher the author of “The best festivals from around the world” has taken in many festivities in many unique and vibrant places. However, his favourite times are spent taking in the Festival Fringe while staying at a high street Edinburgh apartment.