Barbados the Paradise Island For Lovers

When it comes to fun, sunny, good times in the sun there’s only one holiday destination you should have in mind…Barbados in the Caribbean!

The Caribbean is renowned thought the world for its overwhelming natural beauty, its vast wealth of exotic wildlife and birds and also its fiery national cuisine, that keeps tourists coming back year after year.

Barbados was originally a British colony and you can see the English influence all around you from the moment you arrive here. From the Anglo-Saxon architecture in the town centre to the locals still loving a game of cricket and a spot of tea, Barbados has still retained a bit of the English character.

Barbados claimed independence from Britain in 1966 but the links between the two nations are still very strong and notable, with Barbados still being dubbed the “Little England in the Tropics.” So, for all you British tourist out there, if you’re a little weary of travelling so far, don’t be worried as you’ll find your home from home in Barbados. 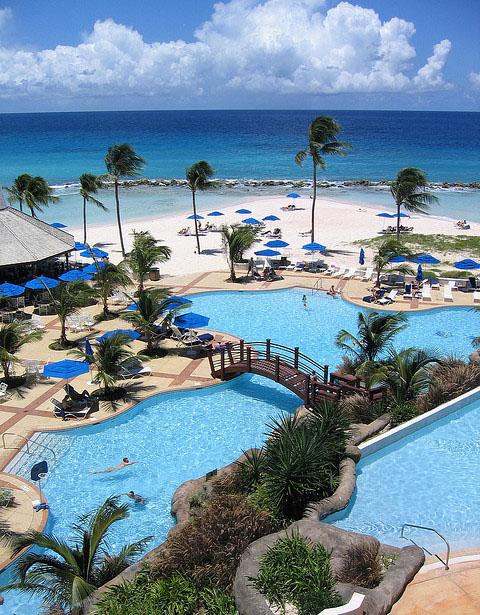 For amazing things to do in Barbados look no further than the ‘off the road’ expeditions that are organised by a number of tour operators at most major hotels and resorts.  What these tours allow you to do is explore lots of areas off the normal beaten tourist tracks and discover some of Barbados’ more hidden treasures.

Why not take a trip more inland and trek up the great Mount Hillaby, which is the highest point of Barbados and is a spectacular opportunity to get some amazing pictures of the whole of the island. Or for those of you who are not too in too your trekking, you can try a more relaxed walk through the beautiful countryside of the Welchman Hall, which is a natural and protected gully.

Most tour operators provide a professional and experience guide along with your walks who will also tell you many of the islands tales and myths that it has accumulated over the centuries. The most famous of these being is the story behind the beautiful cliffs at ‘Lovers leap’ located on the east Coast of Barbados.

‘Lovers leap’ gained its name back in the sixteenth century when two slaves fell madly in love with each other asked there master if they could get married to declare their love to the world. The master was still bitter after his own wife had left him, so refused to allow the couple to marry and started to make plans to move the girl away to another plantation. Realising they could not be to together in life, they decided to jump off the Cliffs hand in hand so they could be together in death forever…

Not the happiest of tales but it is a good example of all the different myths and legends you’ll here whilst walking around the island.

Whether you’re brand new newlyweds or just a pair of soppy old romantics, Barbados is definitely a destination that will have you falling even more in love, if that’s indeed at all possible!

Maria the author of this article is a massive fan of Barbados, she has recently bought a condo in the St Lucia.