The 5 Most Important Ways to Stay Safe When Traveling 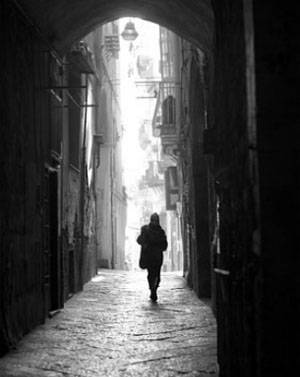 Staying safe when travelling is an important part of any traveller’s planning. However, it’s difficult to do because when we travel, most of us like to see new places that we’ve never been to before.

This means that we’re not familiar with what’s safe and what’s not safe in any particular area. Fear not though – there are a number of tips to help you stay safe when travelling.

Here are five great ways to avoid some of the pitfalls when you travel:

Keep Your Wits about You

For some reason, when we travel, we’re so enamoured of the new sites and sounds that we’re seeing that we tend to forget that we’re still living the world and that there are dangerous people around, no matter where you are.

Therefore, it’s important that if you want to stay safe when travelling that you keep your wits about you. If the dark alleyway which is supposed to be a shortcut looks dangerous, then take the long way around. Don’t be a hero because it will save you five minutes.

Remember that you’re not home now and you don’t know for sure that the dark alley is in fact safe to traverse.

Depending on where you are, this is easier said than done. However, in most Western countries, not looking like a tourist is mostly a matter of attitude and a little bit a matter of dress. You want to look like you belong and you know where you’re going, especially if you happen to be in a neighbourhood which doesn’t look all that safe.

However, looking like you’re confident can go a long way toward making muggers and thieves decide to pick an easier mark. 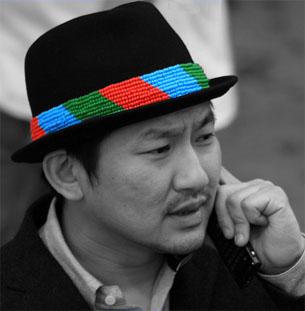 If travelling to a foreign country, remember that calling 911 is not necessarily going to connect you with the police.

In Great Britain, the police are at 999 and in France it’s 15 (France, like many countries separates their emergency services numbers by the way so that 15 is police, 17 is fire and 112 is medical emergencies).

So before you travel somewhere, learn the emergency numbers for the country you’ll be in.

This is one of those tips that your mother always taught you but which actually still makes sense today and which is especially important as a safety tip when travelling.

Bottom line, showing off a large roll of bills, either dollars or the local currency if you’re travelling, is a good way to get ripped off.

It’s also important to remember not to be flashy when you travel to poor or violent areas.

For example, there was a story in the New York Times about a year ago of a Japanese businessman who had shown up in a third world country wearing a Rolex watch. He left without a hand (not to mention his watch) because some of the locals thought it would make for a nice bauble and happened to have a machete handy.

Money Precautions If You Are Mugged

The reality is that all the safety precautions in the world will not always keep you safe when travelling. However, when travelling, if you get mugged, it’s much easier to get yourself some place safe if you have some cash available to get out of a jam. This means following three simple ideas.

First, follow an old New Yorker’s trick from the 1980s and have mugging money available. It sounds strange, but the idea is that you have money (say $50 or so), which you can hand over in case you end up being mugged at gun point.

This allows the mugger to feel as if they’ve gotten a “score” and allows you to walk away. Obviously this money shouldn’t just be handed over to the first suspicious character you see. You need to make sure that you’re really in danger, though if someone is chasing you with a knife or gun, it’s a good idea to do so.

Second, keep a list in your hotel room of phone numbers for your credit card companies. Ideally, make sure that at least one of them will agree to overnight you a replacement card in case of emergency (double check that they can send to a hotel too).

This way, if you do get mugged, you know you can get a credit card to help you out in case of emergencies.

Finally, consider keeping at least $100 inside a sock in your shoe. Muggers will pretty much never demand you take off your shoes and having that money there could mean the difference between getting yourself to safety once the incident is over and having to try to walk out of a dangerous neighbourhood after the trauma of being mugged.

Bottom line, staying safe when travelling also means preparing for being assaulted so that you can move on in the event that it does happen.

George Gallagher is a travel and education writer.  He also works with private schools as a tour guide for educational trips across the country.