5 Things You Didn’t Know About Hawaii

Posted on in: Destination Travel Tips, Travel Trivia|Jump To Comments 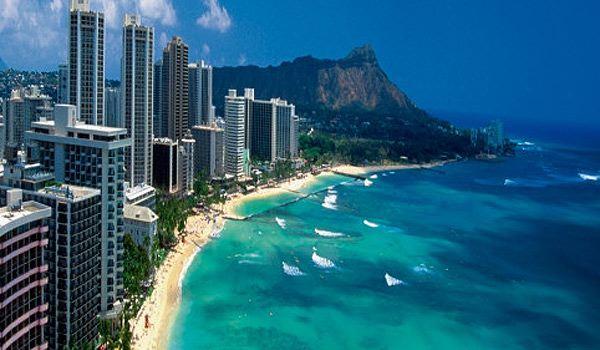 The American State of Hawaii is a dream tourist and holiday spot for most travel enthusiasts. It is well known for its diverse scenery, public beaches, oceanic surroundings, volcanoes and warm tropical climates.

Still, there are other interesting facts about Hawaii that most travelers do not know of. Some of them are revealed below:

No majority ethnic or racial population

Unlike most American states, there is no ethnic or racial group that constitutes the majority population in Hawaii. According to the most recent census statistics, whites make up only a 25% of the total population; the least proportion in the whole country. Other states average about 66% whites. Almost 40% of Hawaiians are documented to be Asian, with an extra 9% being native Hawaiian.

Hawaii is referred to as the most isolated population center worldwide. It is approximately 2,390 miles from the United States, and about 4,000 miles from Japan. Although leaving or visiting Hawaii can be quite an ordeal (a flight from Los Angeles will take 5-6 hours), the area is still frequented by scientists. Hawaii has one of the biggest clusters of telescopes and observatories across the globe – this has been aided by the State’s low levels of light and air pollution. Furthermore, the world’s largest telescope will be situated on the peak of Mauna Kea, by 2018.

The Hawaiian language is an ancient Polynesian tongue, which features only 12 letters (the five vowels, and w, p, n, m, l, k, h). This language was banned for close to a century and almost became extinct, but was preserved due to a movement in the 1970s. Currently, it is one of Hawaii’s official languages and it is spoken by thousands of inhabitants. The official State motto is written in this language – “Ua mau ke ea o ka aina I ka pono.” This can be translated as “The land’s existence is perpetuated in righteousness.”

Royalty is not a common feature in the United States. Hawaii stands out because it the sole State ever to play home to an official monarch’s residence. This palace, known as the Iolani Palace, is situated in Honolulu and was built in 1882, by King Kalakaua. It served at the center of power for him and Queen Liliuokalani. The monarchy was ousted in 1893, but is now a tourist destination and a museum.

A trip to Hawaii would not be complete without having a taste of Hawaii’s delicious Kona coffee. Interestingly, Hawaii is the only American State that grows coffee, and this is aided by its porous volcanic soils, appropriate climate and moderate slopes that allow the roots of the crop to drain. The Kona coffee is ranked as one of the globe’s top-10 most expensive coffees, costing around $34 dollars for every lb.

There are still other interesting things about Hawaii that the average traveler may still not know of. Special mentions include: Mauna Loa, the largest volcano in the world, and Kilauea, the world’s most active volcano! If you truly want to enjoy your Hawaii holidays than you need to prepare yourself a bit, get to know the culture and you will get to know the people once you get there.