Posted on in: Active Holidays, Adventure Travel|Jump To Comments 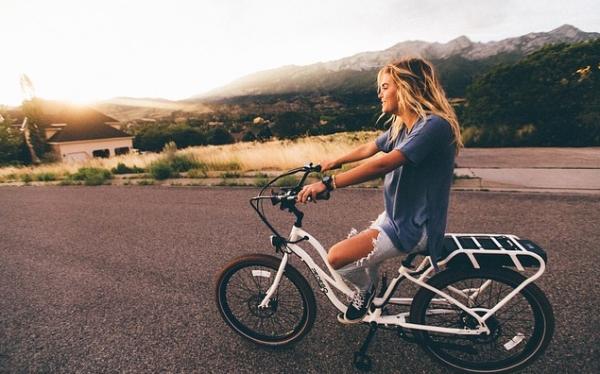 Travellers have always sought out the most remote and untouched destinations possible, but with the numbers of people taking round the world tours increasing every year, it’s becoming increasingly hard for adventurers to get off the beaten track.

Many travellers are now turning their attentions to specialist activity holidays offering exciting new ways to see well-known landmarks and locations. From following in the footsteps of ancient tribes in India, to cycling holidays in Jordan, this new breed of adventure holidays are fast becoming the most exciting way for travellers to experience the world around them.

Here are five of the best activity holidays for budding explorers and those who like to see the world a little differently.

An activity holiday in the Kingdom of Jordan is the perfect way to unleash your inner explorer, with one of the most spectacular modern wonders in the world – the ‘Rose-red city’ of Petra at its heart. This vast and unique city was carved from sheer rock over 2000 years ago and has featured in a range of Hollywood films including Indiana Jones and the Last Crusade.

Visitors can now explore this awe-inspiring destination by bike, with adventure holiday company Exodus offering cycling holidays that give adventurers the chance to float in the Dead Sea, follow in the footsteps of Lawrence of Arabia at Wadi Rum, and explore the wonderful city of Petra in all its glory.

India has long been a staple of the travelling circuit, with intrepid explorers constantly looking for new, unexplored paths through this beautiful and diverse country. Walking holidays provide a great way to do this, and a handful of tourists are now embarking on a unique experience that follows in the footsteps of ancient merchants along 55-miles of frozen river.

The Zanskar Region in northern India is buried in deep snow throughout the winter months, making the frozen Zanskar River the only access point to the villages that sit beside it.

Visitors not only experience unforgettable winter scenery on this amazing adventure holiday, but will explore some of the most remote areas of northern India that are cut off from the rest of the country for more than half of the year.

Table Mountain is an incredible natural wonder, and one of the ‘must-see’ destinations for travellers to South Africa. On a clear day, visitors are treated to stunning views over Cape Town, from the Cape Flats to the Hottentots Holland Mountains.

The peak can be reached by a cable car that rotates 360 degrees for a great view of the way up, but those looking for a real adventure will only really be interested in how to get down. For the most thrilling view of Table Mountain, forget the cable car and abseil down 112m of natural wonder on the world’s highest commercial abseil.

This incredible activity holiday that tours through the North West Passage gives travellers an amazing insight into the lives of traditional Inuit kayaking. Adventurers will enjoy a fantastic range of natural phenomena including majestic icebergs, beautiful summer meadows and rugged, rocky shores and have the chance to see an amazing array of polar wildlife including arctic foxes, polar bears and even whales!

5. The Temples of Angkor Wat, Cambodia

The temple complex at Angkor in Cambodia is a must for any traveller, however you chose to see it. Built in the early 12th century as the state temple and capital city of Cambodia by King Suryavarman II, this awe-inspiring site contains the largest religious building in the world – Angkor Wat.

Based on Indian Hindu architecture, the temple is said to represent Mount Meru, the mythical home of the Hindu demi-Gods and is renowned for the grandeur of its architecture, its many bas-reliefs and its intricately carved walls.

As the main tourist destination in Cambodia, the site can be accessed on a range of adventure and activity holidays  including guided tours and cycling holidays.