Good news from Greece! Greek tourism is UP!! 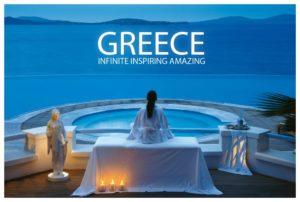 Good news from Greece, after a rough 2012 when tourists, scared off by political and social unrest and images of protests, strike and riots stayed away in droves, 2013 is shaping up to be a rebound year with more than a million more visitors than last year expected.

The good news came from the head of the Association of Hellenic Tourism Enterprises, Andreas Andreadis, who spoke to the Bank of Greece shareholders’ meeting on Feb. 25.

Andreadis said figures show that the British market is reporting a rise of 20 percent, and the markets of Germany, France and the Scandinavian countries displaying growth of 15 percent.

Developing tourism markets such as Russia, Ukraine, Israel and Turkey are also showing a rise in demand, leading to an increase of more than 20 percent in the number of seats available, he said, according to the newspaper Kathimerini.

Andreadis cautioned though that there are concerns about the markets of Italy, Spain and Bulgaria, as their financial troubles may cut back on visitors traveling from those countries. He said there has been increased interest in maritime and cruise tourism, though incoming conference tourism remains somewhat lackluster because Athens and Thessaloniki are not seen as favorable destinations. 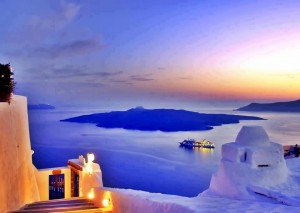 Domestic tourism isn’t looking good though as Greeks buried under austerity measures are cutting back or giving up on visiting their own land. Last year Greeks spent only 1.5 billion euros ($1.98 billion) in Greece, half of the levels of the pre-economic crisis year of 2008. He said a further decline, although smaller, is expected this year.

Andreadis added that the targets of 17 million foreign tourists and 11 billion euros ($14.4 billion) in revenues from tourism are likely to be attained or even exceeded. Should a few crucial measures be taken, he noted, Greek tourism could in the next two to three years reach up to 20 million visitors, adding some 3 percent to the country’s faltering Gross Domestic Product (GDP) and tens of thousands of new jobs.

The Greek news agency AMNA reported that he also said tourism is  strong supporter of the Greek economy after achieving its targets of attracting 16 million international arrivals and 10 billion euros in tourism receipts last year, although that was less than the previous year and achieved despite the crisis.

Andreadis said that annual investments worth 2.5 billion euros ($3.27 billion) were needed to raise tourism’s contribution to 40 percent of the country’s future economic growth. He said it could be attained stressed that the first 11 significant new investment plans were currently under licensing procedures by Greek authorities. 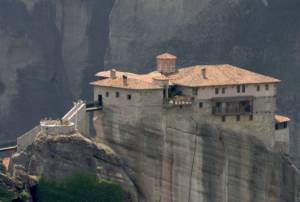 Promotion of an ambitious privatization program and the sale or lease of idle tourist real estate assets by banks were also expected to help towards achieving this year, he noted, although the country’s international lenders say the expectations are far below projections.

He said it was critical  to speed up procedures for visa issuing, reducing the 23 percent Value Added Tax (VAT) on the restaurant industry to 13 pct and of the VAT on coastal shipping to 13 pct, with the goal of reducing a VAT on tourism to 6.5 pct.