For most of us, Greece is a buzz-word that signifies expensive holidays of lying on the beach, picking up a tan and returning home only to recharge the wallets that went empty trying to recharge your batteries. However, holidays to Crete, Greece’s largest island, aren’t just about the tourist-spots and lying on the beach to catch some rays. There are plenty of things to do on this fantastic island, many of which might even change your opinion about these islands. END_OF_DOCUMENT_TOKEN_TO_BE_REPLACED

200 Years Since Petra Was Discovered

In the year 1812, the city of Petra had been considered lost, or little more than a legend in most parts of the world, its location held as a closely guarded secret by the local Bedouins. That legend, however, captured the imagination of Swiss explorer Johann Ludwig Burckhardt. END_OF_DOCUMENT_TOKEN_TO_BE_REPLACED

Travelling around Argentina in style?  Considering a boutique hotel?

Wine lovers will be interested in the Cafayate Wine Resort, located in the province of Salta.  The impressive location of this hotel is what makes it special.

Set at the foot of San Isidro Hill and amidst the vineyard plantation, visitors can relax with a wine and watch the sunset or enjoy the onsite swimming pool with views over the surrounding vineyards.  END_OF_DOCUMENT_TOKEN_TO_BE_REPLACED

Her Majesty, Queen Elizabeth II of the United Kingdom, is celebrating a rare anniversary throughout 2012: 60 years upon the throne to which she ascended after the death of her father, George VI, in 1952. The only British monarch to reign for a longer period was Elizabeth’s great-great grandmother, Queen Victoria, who sat the throne for almost 64 years.

Celebrations for Queen Elizabeth’s Jubilee will be held across Europe and around the world. For tourists, the Diamond Jubilee provides a perfect opportunity to partake in what is most elegant and exciting about society in the United Kingdom. END_OF_DOCUMENT_TOKEN_TO_BE_REPLACED

Crete on a Budget: Hotels and Apartments

A massively tourist-infested island, Crete is the largest island in the Greek archipelago and is also the fifth largest island in the Mediterranean. With a local population of over 600,000, Crete can seem pretty crowded as compared to the smaller islands, but when it comes to the actual crowd, you will find the tourists creating most of the commotion. Crete on a budget or not will never disappoint you.

The beaches of this fantastic island are covered from head-to-toe, during the holiday season and finding something cheap in this tourist-devouring place might be hard. END_OF_DOCUMENT_TOKEN_TO_BE_REPLACED 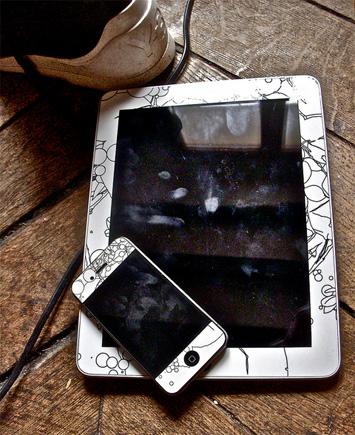 Whether you are looking to travel abroad or just to another state, having the best travel apps of 2015 on your side will make the whole thing much easier. Here are the best apps for the iOS system, like your iPhone and iPad, which will make traveling a breeze. Some of them will help you find hotels, while others are great for money conversions and finding words in different languages.

Unless you are a Forex mastermind, chances are that you don’t know how much a dollar is worth in Europe or Asia without having to look it up. One of the best apps for currency conversion is XE Currency Converter. This app has all the major currency types, and you can easily convert two currencies within a matter of seconds. This is much better than having to do the calculations yourself, and you won’t feel ripped off by accidentally given too much.

Booking a hotel when you get to your destination is a great way to be left without sleeping arrangements, which can result in a huge family fight. However, the TripAdvisor app can help you avoid all that fuss. This app not only helps you find and book the best hotels at your destination, but it will also make dinner reservations and you can find top hotspots in the area. END_OF_DOCUMENT_TOKEN_TO_BE_REPLACED

A Second Home in the Canary Islands

Amongst Spain’s Canary Islands, the island of Fuerteventura is one of the most beautiful islands to spend your holidays on. No matter what time of the year you choose to head down to this beautiful place, you are guaranteed to find enough and more things to keep you busy and entertained.

Even though Fuerteventura is the second largest island in the Canary Islands, it is relatively untouched and has been named as a biosphere reserve by the UNESCO, in 2009. END_OF_DOCUMENT_TOKEN_TO_BE_REPLACED