200 Years Since Petra Was Discovered

In the year 1812, the city of Petra had been considered lost, or little more than a legend in most parts of the world, its location held as a closely guarded secret by the local Bedouins. That legend, however, captured the imagination of Swiss explorer Johann Ludwig Burckhardt. 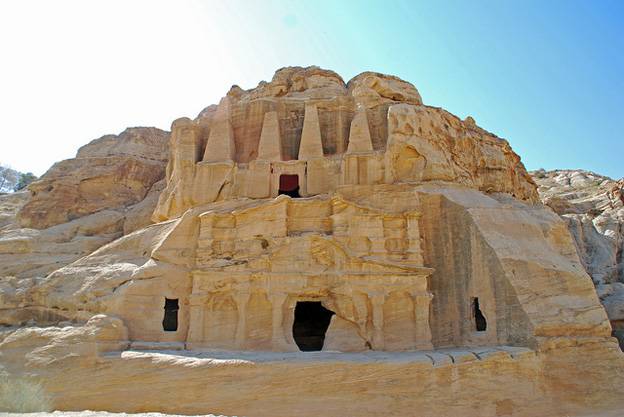 Burckhardt, who was an adventurous young man, was awarded a contract to explore the ‘interior parts of Africa’ by a London, England firm in 1809. In preparation for his expedition to interior Africa, Burckhardt, studied the Arabic language. He also completed an intense study of the religion of Islam, enabling him to pass himself off as a Muslim scholar during his travels.

During his expedition, he learned of Petra from travel guides and local Bedouins. Burckhardt was so intrigued by the legendary city, that in 1812 he hired a guide and set out for the mountains of WadiMousa. He travelled under the pretense that he was a Muslim trader from India, visiting the region on a pilgrimage.

He was able to persuade his guide to take him into Petra to make a sacrifice at the Tomb of Aaron, and the rest, as they say, is history. Burckhardt was able to realize his dream of finding the ‘Lost City,’ and in doing so, opened the area to visitors from Europe and around the globe. 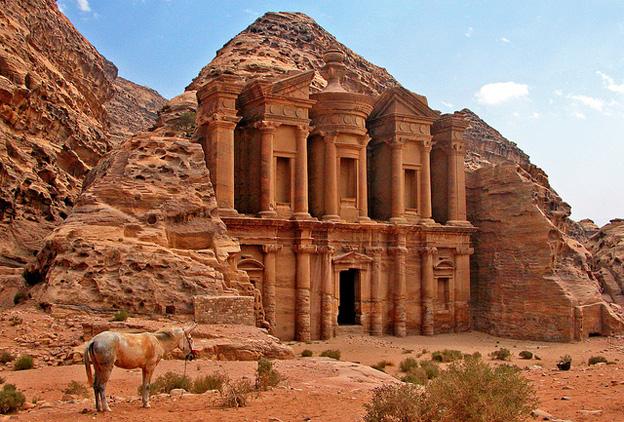 Since the time of Burckhardt’s travels to Petra, many teams of archaeologists have worked tirelessly to excavate the ancient city. Though much has been unearthed, it is clear that there is still a vast amount of the city waiting to be discovered. 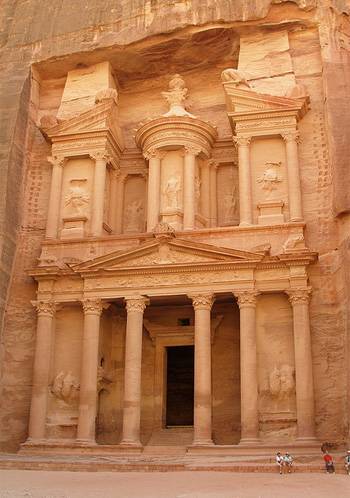 Along with well-known wonders such as Al Khazeh (the Treasury), the Obelisk Tomb, Hadrien Gate and Al Dier (the Monastery), many exciting discoveries have been found in recent years.

Contrary to the first impressions of archaeologists to visit the city in the 19th century, recent discoveries have presented a much more balanced picture of Petra.

Originally, it was believed that the city was largely composed of tombs and empty facades. As excavation continues, there is increasing evidence that indicates Petra was a large, prosperous city that provided an opulent and cosmopolitan lifestyle for many of its inhabitants.

It is now known through archaeological evidence, that many of the people of Petra lived in large, stately Roman style homes, grew lovely gardens, had a robust commercial district and many large temples for worshipping their deity of choice.

They also enjoyed having an abundance of fresh water. The Nabateans engineered an elaborate water supply system that carried water to Petra from AinMousa (the Well of Moses), roughly five kilometers from the city.

This provided ample water to meet the personal and agricultural needs for the entire city. Evidence of cultivation has also been uncovered and it is believed that crops of wheat, vineyards and other fruit were grown within the valley.

A recent discovery is that of the Great Temple. This temple varies from most other structures in Petra, as it is a freestanding complex, encompassing more than 85,000 square feet. Another exquisite find discovered near the Great Temple is a large garden that included a large pavilion, many large trees, several pools and bridges. The styling of this particular garden is reminiscent of those found in some parts of the Roman Empire.

In 1993, during the excavation of a Christian basilica in Petra, an exciting discovery was made. The basilica itself was an extraordinary find, complete with breathtaking mosaics that were found in excellent condition.

During this excavation, archaeologists also discovered a cache of around 150 scrolls that detail much about Petra’s day to day life as late as the 7th century AD. It had previously been thought that the city was abandoned several centuries prior to that.

Today, Petra is one of the most popular tourist destinations in Jordan. Petra was designated as a UNESCO World Heritage site 1985, and in 2007, was dubbed one of the New Seven Wonders of the World.

Stacy Dewald the author of  “200 Years Since Petra Was Discovered” is an entertainment blogger and writes for Moby Ticket.